The Serious Fraud Office has dropped its investigation into the sale of Autonomy to HP in 2011.

On Monday, the SFO announced it had wound up the investigation that began in 2013.

"In respect of some aspects of the allegations, the SFO has concluded that, on the information available to it, there is insufficient evidence for a realistic prospect of conviction," the agency said. 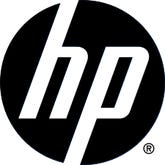 According to reports, Hewlett-Packard executives were aware of Autonomy's problems long before accusing the firm of accounting fraud.

"In respect of other aspects and on the application of well-established principles, jurisdiction over the investigation has been ceded to the US authorities whose investigation is ongoing."

The SFO declined to detail why it had ended the probe in case it prejudiced an ongoing investigation into the acquisition by the US Department of Justice.

The Financial Reporting Council (FRC), which is responsible for accounting and auditing standards in the UK, in 2013 also launched an investigation into Autonomy's financial reports for the period between 1 January 2009 and 30 June 2011. That investigation is still listed as ongoing on the FRC's website.

HP acquired Cambridge-based Autonomy for around $11bn back in 2011, the second biggest purchase the company has made. The following year, HP took a $5bn writedown on the acquisition, saying that members of Autonomy's board had used "accounting improprieties, misrepresentations and disclosure failures to inflate the underlying financial metrics of the company". HP said it had discovered the improprieties through its own internal investigations that showed Autonomy was overvalued at the time of purchase.

Mike Lynch, founder of Autonomy and CEO of the company at the time of the sale, has repeatedly denied the accusations, saying the company was audited regularly. Leo Apotheker, the chief exec of HP when the sale was agreed, has also said the due diligence around the purchase was "meticulous".

Lawsuits brought against HP in relation to the acquisition were settled last year.