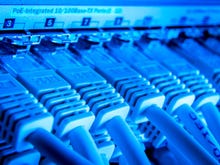 The latest draft of the National Broadband Policy has entered the final stages of consultation, calling for 100Mbps connections for all by 2030.

The South African telecoms regulator, ICASA, has issued a notice in the government gazette confirming that it plans to push ahead with the introduction of local loop unbundling (LLU) in the country, despite objections from the incumbent operator, parastatal telco Telkom.

The notice comes just a week after the government signed off on the country's first official broadband policy , known as South Africa Connect, which calls for LLU on the fixed line network and, more controversially, open access to the mobile infrastructure too. ICASA published draft regulations on establishing bitstream services in September, and will hold public consultations on 17 and 19 February.

Telkom itself issued a statement in September in which it claimed that it would fight any attempt to force it into LLU obligations. In a submission to ICASA on the subject a month later, it said that "the only South Africans who LLU is going to benefit are therefore businesses and high-income households in urban areas with a fixed line. This will happen at the expense of the middle and lower income households, particularly those in rural and peri-urban areas in South Africa."

Currently, the company says, it uses revenue from high-value customers who pay a large surcharge of up to 795 rand ($76) for a 40Mbps VDSL line on top of line rental and bandwidth fees to subsidise extending its network into poorer areas, something it calls 'access line deficit'.

ICASA's notice, however, dismisses Telkom's claims outright: "Despite Telkom having provided copious information about the purported Access Line Deficit the information provided was not convincing."

In addition, ICASA says that the large drop-off in fixed line subscribers since the year 2000 is partly down to lack of competition and innovation and a focus on creating jobs rather than improving its business.

"It is evident that Telkom's business model and approach to service provision needs to be adapted considering that the market dynamics have changed considerably since 2000," the note says, adding: "The authority notes the difficulties faced by the shareholder in terms of employment sustainability within the ICT sector as well as at Telkom specifically. However, this social challenge faced by the entire ICT sector is not a justification for preventing the provision of access to any form of local loop."

The regulator also makes it clear that it considers the 'local loop' to include wireless communications, in wording which suggests the same regulations will be applied to mobile networks to meet open access obligations under South Africa Connect.

ICASA does, however, suggest that it won't be involved in fixing prices for LLU access.

"There is no intention that any licensee providing access should suffer any financial harm in terms of access to any form of local loop... the network operator has the right to set the price," the note says.

Telkom is yet to respond to the note. ICASA has set a 30 day deadline for official responses.

Join Discussion for: 'Share our mobile, broadband networks? No...