Canadian smartphone manufacturer BlackBerry may be going through a rough patch elsewhere in the world, but news from South Africa will give the company's board something to celebrate. 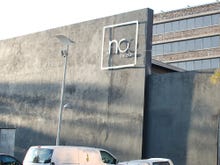 The grand vision for a homegrown Silicon Valley in one of Joburg's most notorious neighbourhoods An ambitious new technology precinct for high-tech business incubation is planned for the heart of Africa's most prosperous city.

According to an annual survey conducted by analysts at World Wide Worx, Mobility 2014, BlackBerry has significantly increased its overall share of the South African handset market — which includes featurephones as well as smartphones. What's more, it's raced ahead of rival Samsung too.

Last year's report placed Samsung and BlackBerry neck-and-neck at 18 percent of the South African mobile market, while this year's figures sees BlackBerry flying ahead to 23 percent of all handsets owned, while Samsung trails at 19 percent. The market leader, Nokia, saw its share fall from 50 percent to 44 percent.

According to the report, BlackBerry users are far more likely to live in towns and cities than the owners of other phones, but Samsung owners spend more on mobility than others — except those who own iPhones. Apple owners make up just two percent of the population, but spend on average R577 ($57) per month on their mobile bills compared to Samsung owners, who spend R213 ($21).

Those figures may be skewed towards social groups rather than brand loyalists, however, as many Samsung users are based in rural areas. The vast majority of all customers, some 84 percent, are on pre-paid accounts.

Report author Arthur Goldstuck says that one of the most important stories is the rise of 'the data economy', and the rapid uptake of data services. Average spend on data has risen from 12 percent of a total bill last year to 16 percent in 2013.

"Data economy is not just a rich person's playground, as this shift is happening across pre-paid and contract customers," he says. "The breakdown of voice versus data by age, however, shows the dramatic difference between older user and younger user. The 18 to 24 year old is the real data hog."

Goldstuck says that the report found users between the ages of 18-24 are spending 23 percent of their bills on data services, compared to between 15 and 18 percent for other age groups. Overall, however, the value of the market has shrunk by 6percent, largely as a result of falling prices.

Smartphone app use has risen by one-fifth, and 13 percent of people now spend more than 20 hours a week on the internet.

Perhaps the most important statistic, however, is that 65 percent of mobile owners now use the internet, and only 36 percent have access to a PC or tablet.

One area in which South Africans continue to lag behind their continental brethren, however, is in the area of mobile money. Earlier this month, mobile operator Vodacom reported that almost 5.5 million people in Tanzania now use its M-Pesa mobile payments service, adding to the 12 million active users in Kenya. While some 30 percent of South Africans have used their phone to send money to someone, it's an infrequent activity — just nine percent say they have done it in the past three months.

Dion Sanker, head of mobile at First National Bank, which sponsored the survey, says that slow takeup of mobile money services are likely to be due to high costs.

"The pricing does needs to be tweaked for adoption to change," Sanker says. "People are using it as a value-add and the convenience thereof [rather than an essential service]."

The fact that South African banks and mobile operators haven't settled on a single system for mobile has also held back growth, he said.

Goldstuck, however, is more upbeat about the findings.

"We perhaps play down the take up of mobile money," he says. "It's actually very strong. It's only low compared to Kenya [the birthplace of M-Pesa]. In that context it has done very well."

South Africans are, however, clearly quite forgetful. While mobile money is a slow growing market, almost a fifth of those who have used one of the many services on offer — including your correspondent — have used it to send money to themselves when they've forgotten or mislaid their bank card.

Many banks now offer a service whereby a one-time password can be generated in-app or via mobile banking and used in a cardless transaction to withdraw funds from an ATM.