Shopee has opened its new regional headquarters in Singapore as the e-commerce player looks to drive further growth in the region. With an office space that spans 244,000 square feet, the site can house up to 3,000 employees and supports its operations in six other markets, including Thailand, Taiwan, Indonesia, and Vietnam.

Located at Kent Ridge, the new headquarters signalled Shopee's commitment to help grow tech talent and boost the startup ecosystem in Singapore, as it continued to expand in Southeast Asia, the company said at the launch Tuesday. 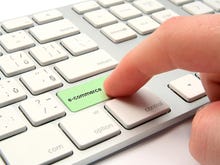 Its commercial officer Zhou Junjie said: "Shopee has grown from a startup to the region's leading e-commerce platform in less than four years. Singapore has been our headquarters, even when we were just 10 employees strong.

"Our new office reaffirms our long-term commitment to the country and elevates Singapore's attractiveness as the Silicon Valley of Southeast Asia. Grooming more tech talent and nurturing an entrepreneurial ecosystem for sellers, including small and midsize enterprises, will continue to be areas of focus for us," Zhou said. "Going forward, as technology advances and the e-commerce landscape evolves, Shopee will continue to invest ahead of demand and build more advanced capabilities to better serve our users."

The e-commerce operator processed 246.3 million orders across the region in the second quarter of 2019 and clocked a gross merchandise volume (GMV) of $3.8 billion. Its adjusted revenue for the quarter climbed 201.7% year-on-year to $177.4 million.

Citing figures from App Annie and iPrice, Shopee said it was the leading shopping app in Southeast Asia, averaging more than 200 million monthly active users across its digital platforms. The site also led in terms of total time spent in-app and was the most downloaded shopping app on Apple App Store and Google Play Store.

According to Singapore's deputy prime minister and finance minister Heng Swee Keat, Shopee's parent company Sea was one of two decacorns--private companies valued at least $10 billion--that hailed from the country. Its GMV had grown by more than 80 times from the fourth quarter of 2015 to the fourth quarter 2018, said Heng, who was speaking to the launch.

He noted that growth would be fuelled by the region's expanding middle class--expected to hit 350 million in the next three years--and growing number of internet users, at almost 4 million new users a month. The middle class also would have greater spending power.

Such projections would put Southeast Asia in a bright spot despite weakening consumer confidence in the near term due to the economic slowdown, he added.

Heng said: 'The rise of Southeast Asian and Asian economies brings opportunities, and we must position Singapore well to harness them."

He lauded Shopee's efforts in creating jobs for Singaporeans, hiring more than 1,000 in the last four years, and upgrading the skillsets of its employees. He added that some 1,500 of Shopee's employees had moved into the new Singapore premise.

China tech giants to fight for $53B SEA e-commerce market

Estimated to be worth US$53 billion by 2023, the Southeast Asian online retail market is the emerging battleground for Chinese tech giants--Alibaba, Baidu, Didi, JD.com, and Tencent--which have been investing aggressively in the region.

Singapore-based online retail and games company will use the new round of investment to beef up its Shopee e-commerce platform, focusing on key markets in the region including Indonesia.

Slated to take effect from January 2020, the new tax does not impact e-commerce purchases, but will apply to goods and services imported from suppliers based overseas that do not have local establishments, including video streaming and software subscription fees.

Car marketplace Carro has raked in another US$30 million as part of its Series B round, having secured US$60 million earlier in May, and used the funds to acquire Indonesian e-commerce player Jualo.com.

Join Discussion for: Shopee opens new regional base in Southeast...