Full Bio
Posted in By The Way on December 9, 2019 | Topic: Artificial Intelligence 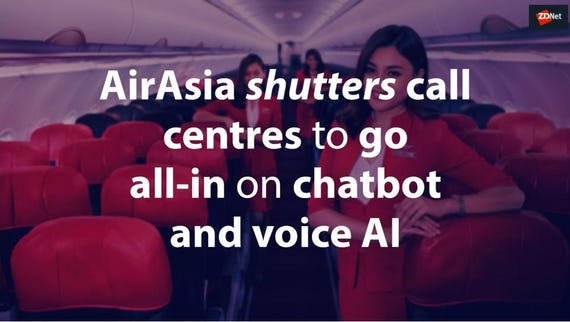 Singapore's Health Sciences Authority has approved the use of an artificial intelligence-powered (AI) software for the automated analysis and reporting of vascular ultrasound scans. Developed by See-Mode Technologies, the application taps deep learning, text recognition, and signal processing technologies with the aim of helping clinicians interpret such images -- a task that typically is performed manually, time-consuming, and error-prone.

Such scans, used for patients with cardiovascular or heart diseases, are commonly analysed by a sonographer or radiologist who has to manually review between 50 and 150 images for each patient, according to See-Mode.

"The end result is a hand-written, paper-based template filled with drawings, numbers, and measurements, which can take as long as 20 minutes per patient for severe cases," it said in a statement Tuesday. The medtech startup, which has offices in Singapore and Australia, raised $1 million in its seed funding round early this year from investors that included Singapore's SGInnovate and Cocoon Capital, and Australia's Blackbird Ventures.

Noting that strokes were the second leading cause of death worldwide, See-Mode said its development efforts focused on the use of deep learning and computational modelling to help medical professionals predict stroke and determine the best course of treatment for patients.

Its first product, Augmented Vascular Analysis (AVA), has now been approved as a Class B medical device by the Health Sciences Authority. Singapore classifies medical devices into four risk classes spanning A to D, with A being the lowest risk. Class B comprises devices that are deemed to have low to mid-risk and includes products such as contact lenses and hearing aids.

See-Mode's co-founder Sadaf Monajemi said: "During our collaboration with different hospitals, we have observed cases where the mistakes in hand-written ultrasound worksheets could potentially result in the wrong treatment plan for a patient, for example, surgery on a wrong vessel.

"Given that these reports are produced by clinicians who acquire and review hundreds of images per day, human error is inevitable," Monajemi noted. He added that the startup developed AVA with the aim to provide a tool that could help clinicians improve efficiency and minimise potential errors, without making any changes to their established clinical workflow.

See-Mode said its AVA software could generate an analysis report in under a minute, after which the clinician would review the report and make any relevant tweaks before confirming the final report.

The startup said it now would look to secure regulatory approval for the AI-powered software in other regions, including TGA in Australia and FDA in the US.

See-Mode also was building machine learning and computational models for identifying stroke biomarkers from CT and MRI scans, said its co-founder Milad Mohammadzadeh. The startup was working with stroke centres around the world to assess these models and deploy them across various hospitals.

Singapore last month unveiled an ambitious plan to drive the adoption of AI across the city-state and position it as a global platform on which to develop and testbed AI applications. With the launch of a national AI strategy, the government aimed to leverage the technology to create economic value, enhance citizen lives, and arm its workforce with the necessary skillsets. It hoped to pave the way for Singapore, by 2030, to be a leader in developing and deploying "scalable, impactful AI solutions" in key verticals.

A June survey by Royal Philips found that healthcare professionals in Singapore were ahead in their use of digital medical records, but behind others such as China and Saudi in tapping AI to improve the accuracy of their diagnoses. Instead, more in Singapore are using AI to enhance the efficiencies of administrative tasks.

Singapore ahead in use of digital health records, but behind in AI for diagnosis

Some 89% of healthcare professionals in Singapore use digital data records, ahead of their peers in Australia and India, but it is behind countries such as China and Saudi Arabia in tapping artificial intelligence to improve the accuracy of their diagnoses.

Singapore programme to assess use of exoskeletons in rehabilitation care

Led by Temasek Foundation and Trailblazer Foundation, the initiative will evaluate the use and scalability of exoskeletons in rehabilitation care across various healthcare institutions including a local hospital, nursing home, and stroke support group.

Health Minister Gan Kim Yong says the government had to "balance" the interests of affected individuals and general public after discovering in 2016 the personal data of individuals diagnosed with HIV had been illegally accessed, and only publicly revealed the incident in January 2019.