Singapore and Australia have wrapped up negotiations on a digital economy pact that will see both nations collaborate on multiple fronts, including artificial intelligence (AI), cross-border data flow, and e-payments. The trade agreement aims to provide a framework to facilitate "deeper cooperation" to "shape" international rules and establish interoperability between digital systems.

Several agreements were inked as part of the negotiations, including plans to share best practices on AI technologies and support the commercialisation of such applications, as well as push the adoption of ethical governance frameworks on the use of AI. 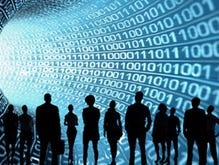 In addition, IMDA will work with the Australian Taxation Office to facilitate exchanges and data-sharing in relation to the electronic transmission of business documents, including e-invoicing. Both government agencies will also promote e-invoicing standards and drive such transactions between businesses in the two countries.

The two countries will also support the development of "safe and secure" cross-border e-payments, with promises to drive "transparent and facilitative rules" such as pushing the adoption of open APIs (application programming interfaces) and accepted standards such as the ISO20022.

Furthermore, plans are underway for a pilot program to establish the exchange of e-certificates for agricultural products, including meat, plant, dairy, and seafood, as well as live animals and inedible products such as animal feed, wool, and skins for import-export activities between the two countries.

The aim here, the governments said, will be to make it easier for companies to submit paperless certifications, via paperless documents, for import and export of products and digitise administrative procedures involved in such activities.

The DEA also encompass pledges from both nations to ensure the "expeditious and efficient installation, maintenance, and repair" of submarine cable systems in each territory to maintain robust connectivity across national, regional, and global telecommunications.

Singapore's Minister for Communications and Information and Minister-in-charge of Trade Relations S Iswaran said: "The DEA will make it easier for businesses in Singapore and Australia to operate across both countries by strengthening our digital connectivity. The seven MOUs cover emerging areas such as the ethics and governance of AI, and data driven innovation. They will remove barriers that companies may face in the digital economy, so that they can create new digital products and services.

"The DEA will also help companies access AI technologies and talent in Singapore and Australia, so that AI applications can be developed and commercialised more easily."

Both countries have also renewed an existing partnership on cybersecurity, first inked in 2017, which encompassed information exchange, joint cybersecurity exercises, training, and the sharing of best practices, amongst others.

During their video conference, both heads of states also stressed the need to ensure that markets remain open and supply chains continue to function to support the delivery of essential supplies amidst the COVID-19 pandemic.

Singapore in January concluded negotiations on similar digital economy trade agreements with New Zealand and Chile, which covered various components including digital identities, data flow, and AI. These aimed to facilitate greater digital connectivity between the countries and establish multilateral rules on digital trade at the World Trade Organization.

Singapore to collaborate with Australia on cybersecurity

Both countries have signed a two-year agreement to cooperate closely on cybersecurity, which will include information exchange, training, and joint exercises focused on critical information infrastructure.

Having wrapped up negotiations for the Digital Economy Partnership Agreement, which encompasses various components including digital identities, artificial intelligence, and digital trade, the three nations will now work to formally sign the agreement into force.

The government's response comes more than a year after the Joint Standing Committee on Trade and Investment put forward its recommendations.

Country signs agreement with International Chamber of Commerce and 17 multinational companies including Mastercard, Tokio Marine, and Standard Chartered Bank, to fuel the adoption of digital technologies in trade and commerce.

Join Discussion for: Singapore, Australia to collaborate on digital...