Some 61 percent of financial services and fintech companies in Singapore have adopted fingerprint biometrics, the highest amongst five global countries. 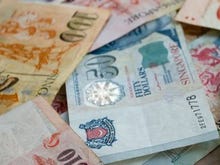 China placed second at 57 percent, followed by Australia at 50 percent and the UK at 40 percent, while the US ranked last at 37 percent, revealed a survey conducted by Forrester and commissioned by identity data vendor GBG. The survey polled 315 fintech and financial services companies across the five markets.

Singapore respondents also led the adoption of voice recognition technology, with 56 percent saying they had either deployed or were expanding the deployment of such tools. In comparison, 52 percent in Australia said likewise, as did 49 percent each in China and the US, and 33 percent in the UK.

Australia, though, led in terms of implementing facial recognition biometrics, followed by Singapore, which also placed second to the US in terms of prioritising the need to improve customer experience.

The study rated China as the most "consistently competitive" in adopting social media and behavioural monitoring to authenticate a customer's identity, followed by Singapore.

Some 91 percent of the island-city pointed to the need to improve their ability to innovate as a top priority, with 79 percent planning to increase their spend on digital customer experience this year. Some 41 percent in Singapore also believed they had the necessary skills and employees to roll out their customer experience strategy, which was the highest amongst the five markets.

However, 89 percent in the country were concerned about their ability to identify customers, primarily due to the lack of a comprehensive data management strategy to build a single view of the customer. They also pointed to the inadequate integration of business applications and tech platforms, making it tough to share data within and outside the organisation.

The study also determined that respondents in Asia-Pacific led the US and UK in adopting fingerprint biometrics and new technologies such as blockchain and robotic process automation.

Two-factor authentication login is mandatory for access to mobile and online banking services in the country, as well as for some e-government transactions--via login with SingPass--involving sensitive data, such as income tax filing and medical records.

The Singapore government last year also began including iris scans as part of the country's registration process for citizens and permanent residents. This was part of efforts to improve the "effectiveness and efficiency" of operations undertaken by the Immigration and Checkpoints Authority.