Full Bio
Posted in By The Way on September 1, 2021 | Topic: Processors

Researchers in Singapore have developed a molecular device that can reconfigured to carry out different computational tasks. With its efficient power usage, the researchers say the technology has the potential to be deployed in edge computing and mobile devices that have limited power resource.

Physicists from the National University of Singapore (NUS), in collaboration with global researchers and partners, said Thursday that the novel molecular memristor, or an electronic memory device, had "exceptional memory reconfigurability".

The research team noted that electronic devices today typically relied on semiconductor logic circuits built on switches that were hard-wired to perform pre-defined logic functions. The new technology, which its ability to be reconfigured using voltage, had the potential to change the way chips were designed, according to the research team, which was led by the university's Department of Physics associate professor, A. Ariando. 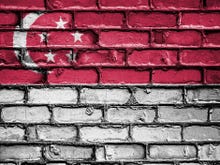 Singapore puts budget focus on transformation, innovation After tilting last year's budget towards 'emergency support' in light of the global pandemic, Singapore's government will spend SG$24 billion ($18.1 billion) over the next three years to help local businesses innovate and build capabilities needed to take them through the next phase of transformation.

It could enable the development of next-generation semiconductors with improved compute power and speed.

Ariando explained: "This new discovery can contribute to developments in edge computing as a sophisticated in-memory computing approach to overcome the von Neumann bottleneck, a delay in computational processing seen in many digital technologies due to the physical separation of memory storage from a device's processor."

He said the inspiration behind the research came from the human brain, which fuelled the idea to use multiple switching in a single component and redefine the design of a logic circuit.

Sreetosh Goswami, research fellow from NUS' Department of Physics, who was one of the authors in a report detailing the research, said: "Similar to the flexibility and adaptability of connections in the human brain, our memory device can be reconfigured on-the-fly for different computational tasks by simply changing applied voltages. Furthermore, like how nerve cells can store memories, the same device can also retain information for future retrieval and processing."

Another member of the research team, Sreebrata Goswami, previously developed a molecular system with a central metal atom that was tied to organic molecules. Called ligands, these molecules could facilitate up to six electron transfers resulting in five different molecular states, according to Sreebrata Goswami, who was a senior research scientist at NUS when he worked on the research. He has since left the Singapore university.

The interconnectivity between these states was the key concept that drove the molecular device's reconfigurability, he said.

According to NUS, Sreetosh Goswami created a electrical circuit comprising a 40-nanometer layer of molecular film flunked by layer of gold and gold-infused nanodisc and indium tin oxide. Several discrete sequential voltages could be applied to trigger the molecule's transition between off and on states. This was adapted into a decision tree algorithm, with "if-then-else" statements, that was used in software coding.

The NUS team used the molecular memory devices to run applications for different real-world computational tasks. The researchers said they were able to demonstrate the technology's ability to perform complex computations in a single step, and immediately reprogrammed to perform another task.

"An individual molecular memory device could perform the same computational functions as thousands of transistors, making the technology a more powerful and energy-efficient memory option," the researchers said.

Ariando added that the technology could be deployed in handheld devices such as smartphones and sensors, where power might be limited.

The research team currently was developing electronic devices embedded with the molecular technology, collaborating with partners to run simulation and benchmarking tests.

NUS said the research was carried out in partnership with the Indian Association for the Cultivation of Science, Hewlett Packard Enterprise, University of Limerick, University of Oklahoma, and Texas A&M University.