Single-atom magnets to pave the way for smaller and denser storage devices: IBM

A new discovery could pave the way for magnetic storage systems that are smaller, denser, and more powerful, according to IBM Research.
Written by Tas Bindi, Contributor on March 8, 2017

IBM researchers have found a way to store one bit of data in a magnet consisting of just one atom, the company announced on Wednesday.

Prior to the discovery, the smallest bistable magnetic bits consisted of 3 to 12 atoms, IBM said, and hard drives use about 10,000 atoms to store a single bit.

The ability to read and write one bit of data on one atom creates new possibilities for developing smaller and denser storage devices, according to IBM. The company said the discovery makes it conceivable to store an entire library of 35 million songs on a device no bigger than a credit card.

"Magnetic bits lie at the heart of hard-disk drives, tape and next-generation magnetic memory," said Christopher Lutz, lead nanoscience researcher at IBM Research Almaden in San Jose, California. "We conducted this research to understand what happens when you shrink technology down to the most fundamental extreme -- the atomic scale."

Earlier this month, researchers at IBM Research Almaden announced that they had developed an electron-spin resonance (ESR) sensor consisting of a single iron atom on the tip of a scanning tunneling microscope (STM), allowing scientists to measure the magnetic field of individual atoms by placing the sensor right next to it. The single-atom magnet was created using the ESR sensor fitted on the STM.

The single-atom, read-write storage system is arranged by placing atoms on a substrate of magnesium oxide that acts as an insulating layer between the metal electrodes beneath it and the magnetic atoms on top of it.

Attached to the magnesium oxide surface is the holmium atom, which scientists say is an ideal data storage medium given its stability. It can hold its polarisation under many conditions including the presence of magnets.

When the STM introduces electrical current to the holmium atom, it flips the magnetic north and south poles of the atom, IBM explained. The STM also uses liquid helium for cooling that allows the atoms to retain their magnetic orientations long enough to be written and read.

The company demonstrated that two magnetic atoms could be written and read independently even when they were separated by just 1 nanometre, which could culminate in a magnetic storage system that is 1,000 times denser than today's hard disk drives and solid state memory chips. Additionally, with a one-bit-per-atom ratio, such a system could also store significantly more data which could pave the way for smaller datacentres, computers, and mobile devices, IBM said.

However, while the discovery suggests a path towards data storage at the atomic level, IBM admitted that the way in which individual magnetic centres can be accessed is still unclear.

Another recent breakthrough in storage technology at Columbia University and the New York Genome Center could allow us to store 215 petabytes of data into one gram of DNA. While practical applications are years away, DNA holds promise for data storage because of its superior density to tape, disk, and optical media. It can also store information for thousands of years when kept in the right conditions.

Mid-last year, a team of physicists in the Netherlands developed a storage device composed of chlorine atoms on a tiny metal surface that promises to one day be scaled up to hold about 10 terabytes of data on a 1cm-square space. 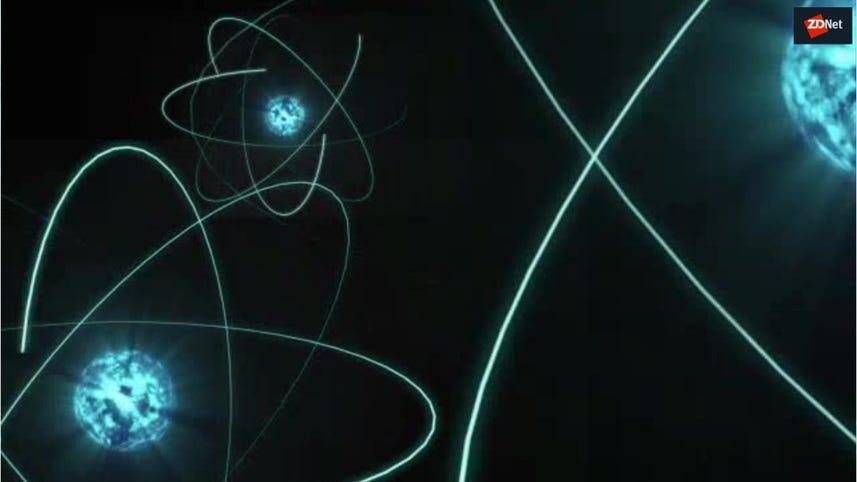