Smaller, cheaper: How these tiny satellites are spinning off new space data movement

Finnish microsatellite maker ICEYE is part of a wave of startups providing Earth data to business and governments.
Written by Richard Robinson, Contributing Writer on Jan. 21, 2019 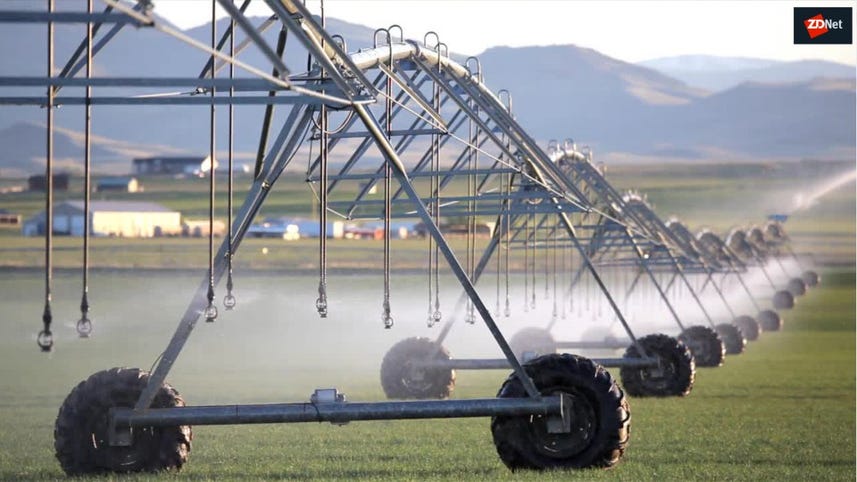 Finnish Earth-observation company ICEYE ended 2018 on something of an astronomical high.

On December 1, it successfully launched into orbit its second SAR microsatellite, weighing less than 100kg. On December 14, it received a €10m ($11.14m) capital loan from Business Finland to manufacture more satellites in 2019.

The company, founded in 2014 as a result of a student project at Aalto Business School, is a thriving example of the increasing significance of non-state actors in space developments over the past seven years.

Bryce Space and Technology reports that there were over 475 commercial smallsats launched between 2012 and 2017. Smallsats are defined as those weighing less than 600kg.

To put that growth into perspective, in August 2018 Pixalytics calculated that there were 1,980 active satellites in orbit, of which 826 were used solely for commercial purposes, compared with 523 used solely by governments.

So ICEYE is far from the only commercial outfit engaged in the space industry. In fact, two of its competitors in the satellite data market -- Planet and Spire Global -- have been responsible for three-quarters of all the commercial smallsats launched between 2012 and 2017.

They have both built their satellite networks out of CubeSats, nanosatellites that can be produced using ready-made components at far lower costs than their larger forebears.

These smaller and cheaper satellite models are both a cause and a consequence of this new space movement. Although ICEYE's two SAR-satellites, at $2m apiece, are more expensive than many nano-models, traditional satellites regularly cost over one hundred times as much to construct.

Of course, the relative inexpensiveness of a satellite is immaterial if there are limited opportunities to send it into orbit. So another driving force in this burgeoning industry has been the commercialization of small-satellite launches.

The ICEYE-X2 satellite was launched in December by Spaceflight, a private American firm specializing in such services, with 210 satellite launches to its name.

This commercialization has not solely been fueled by the private sector. The ICEYE-X1 -- ICEYE's first SAR-satellite and Finland's first-ever commercial one -- was launched on January 12, 2018 by a government space agency, the Indian Space Research Organization (ISRO).

The ISRO even holds the record for launching the most satellites on a single rocket, successfully sending an impressive 104 into orbit on the PSLV-C37 on February 15, 2017.

Taking advantage of these myriad launch opportunities, ICEYE plans to send between five and eight new satellites into orbit in 2019, with the aim of creating a constellation that can provide continually-updated images of any selected region of Earth at hourly intervals.

The ability to monitor remote locations or large geographical areas of about 2,500 km2 so frequently will provide large corporations and governments with valuable analytics data on infrastructure and agriculture.

Perhaps most importantly, the data will allow them to identify and react to fast-developing situations and emergencies, be they natural disasters, oil spills, or illegal shipping.

While ICEYE is not the only company to offer such services, it is unusual in building its constellation from SAR-satellites. Synthetic-aperture radar (SAR) satellites function by emitting electromagnetic pulses down to earth, and then creating images from the echoes of the backscattered signal.

This method of image production means they can continue their surveillance at night time or through heavy cloud cover or fog, which is not possible for satellites that rely on optical imagery.

This round-the-clock monitoring allows for the establishment of what ICEYE refers to as the Internet of Locations: essentially actionable information from any point on the globe streamed direct to its customers.

These currently include the USA Department of Defense and the Finnish Defense Forces, which demonstrates the potential national-security benefits of the technology.

There is nothing new about the military interest in satellites: SAR satellites were themselves developed in the US in the 1950s for military reconnaissance.

However, as with private security firms operating in war zones, the increasingly commercial provision of satellite surveillance brings with it questions of accountability and potential conflicts of interest between market and state forces.

"We trust that the international laws and agreements support us in operating in a way that creates a positive impact," he tells ZDNet.

Yet with companies like ICEYE challenging the established conventions of space exploration, international space regulation may well be due an overhaul to reflect the increasing role of the private sector, as much of it is still based on the 1967 Outer Space Treaty.

A new control center was launched in Rio to enhance operations of the equipment, intended to boost the country's broadband coverage.

The ISRO successfully launched another rocket on Thursday, deploying 31 satellites into space orbit.

Nanosats at CES 2019: How Astrocast plans to provide IoT connectivity from space TechRepublic

Fabien Jordan, Founder and CEO of Astrocast, talks about the company's plan to provide cost-effective network connectivity for IoT devices in remote places via its global network of nanosatellites.

A recycled Falcon 9 carries the satellite baton across the space finish line.

Big Data
How to install Android apps on your Chromebook