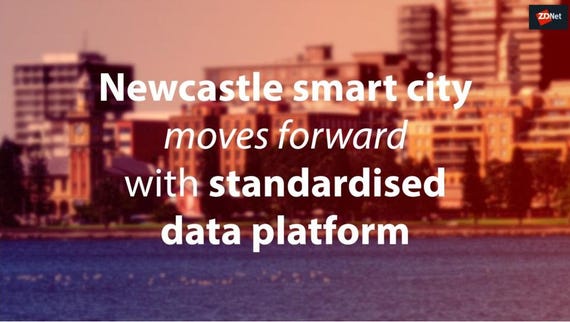 Hull has just added its name next to Las Vegas, Copenhagen and Jaipur on the list of smart cities around the world, as the Yorkshire port city begins using what it is calls its own operating system to centralise data management and manage resources more efficiently.

Using Internet of Things (IoT) sensors distributed around the city to provide data in real-time data, Hull City Council says it will be able to better control street lighting, refuse collection, parking and traffic congestion, with the goal of providing better services at a reduced cost.

The council is working with a local telecoms service provider, Connexin, which built on Cisco's Kinetic for Cities platform - a subscription-based software that lets city operators view and manage data from multiple sensors, and from a single panel.

Furqan Alamgir, founder of Connexin, told ZDNet: "We found that cities struggled to digitalise because they had lots of siloed systems. For example, they might have an LED management system and a traffic management system, but the two wouldn't link to each other.

"So, building on Cisco's platform, we built a central OS that normalises all the data into one language, so that all the sensors can speak to one another seamlessly."

The platform, called CityOS, pulls together and aggregates information from a range of different IoT sensors, before passing it on to city operators. This means the data is easier to visualise, and can then be used to better manage resources.

This is not to say that the City Council will become entirely reliant on the technology, and that traffic lights or waste collection will fall apart the day that CityOS encounters IT issues, because the system won't store the data.

This also means that the Council can choose whether or not to plug data into it. "We don't want to own the data," said Alamgir, "and it will only be visible to CityOS if the Council allows it to access it. This is the idea behind a 'programmable city'."

It was almost a year ago now that Hull announced that it was taking up the Smart City Challenge, and it has already trialled smart bins as part of its partnership with Connexin.

Sensors installed inside the bins monitor waste levels, and the data is used to determine optimal times for waste collection or more efficient collection routes.

"We are putting the UK back on the map in the internet space," said Alamgir. "It's nice to see the UK innovating ahead of Silicon Valley here."

Join Discussion for: Smart cities: This city runs on its own operating...