Instead of designing new hardware, what if we could make existing automation platforms even smarter?
Written by Greg Nichols, Contributor on Sept. 10, 2020 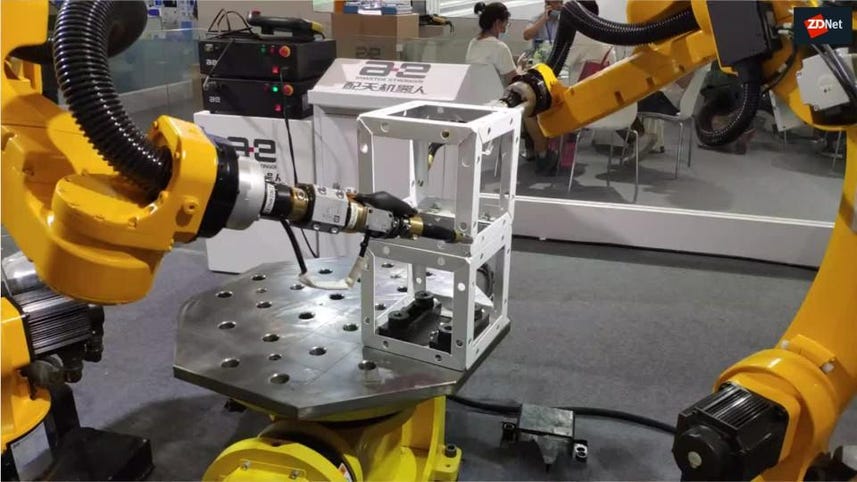 Can we get more out of collaborative robots? That's the question that drove a new universal AI operating system two years in the making designed to make existing robots smarter and self-learning.

Collaborative robots have been, in many ways, the poster child of the most recent wave of automation. Where industrial robots have long been hulking Goliaths necessitating cages and kept far from human workers, the new breed of automation is flexible, easy to program, and, crucially, collaborative. Robots are venturing out of cages in a variety of task agnostic platforms, often robotic arms with several degrees of freedom that are small enough to sit on a tabletop.

But as technology, and particularly AI and machine learning, advance, these platforms risk falling by the wayside. That's where an updated OS might come into play. A company called Qobotix has been working on just such an operating system designed to transform collaborative robots (cobots) into what the company calls "intelligent coworkers."

"During our many years involved in industrial manufacturing, we experienced robots that were meant to be collaborative and quickly concluded they were not like that at all - they couldn't see or hear, and they were very inflexible," says Avi Reichental, one of the founders.

Just as my kids have been ushered into a new era of self-guided learning during the pandemic, Qobotix's enables robots to learn independently through interactions with humans or other robots. This significantly reduces both the time and the complexity of programming. While gesture-based programming has caught on, programming complexity is still a major hurdle to adoption in automation.

"Our aim is to take robotics out of the late 1990s with the Qobotix operating system," explains Qobotix Co-founder and CEO Egor Korneev. "In the early 2000s, hardware companies dominated the mobile phone and device markets and the mobile applications ecosystem was weak with no common OS options. The advent of iOS and Android led to an explosion in mobile software applications based on open OS platforms. We are now in a similar place with cobots with Qobotix offering a universal operating system for industrial robots driven by AI as a platform for automation applications."

The timing for such a platform seems ideal. While the automation industry seems to have suffered during the pandemic, at least according to early numbers out of North America, the longterm outlook for automation is excellent as end users rethink their reliance on overseas supply chains and reevaluate their operations in a world where a pandemic can stop production cold. Automation is looked upon as a valuable bulwark against the risks laid bare in 2020, and the ability to squeeze more out of existing technology should help Qobotix heading into a post-pandemic world.