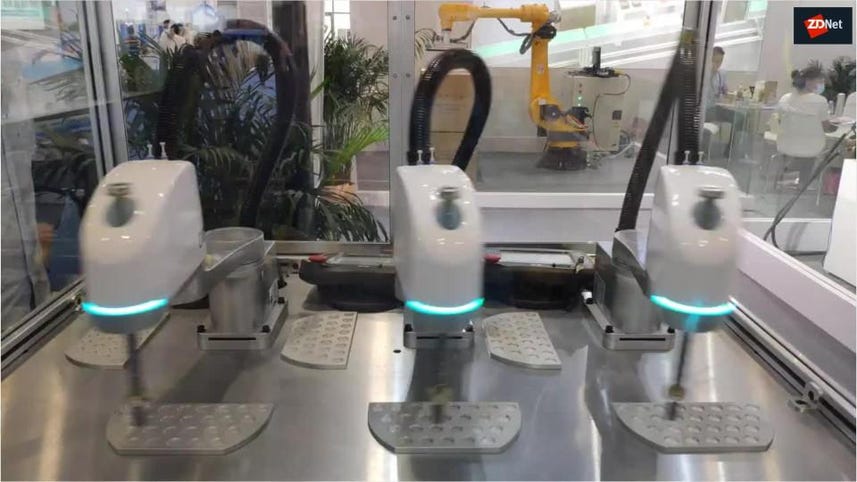 New data released by the Association for Advancing Automation (A3) and ITR Economics suggest that even robots, which in many ways have been the darling technology of the pandemic, are not immune from stagnating sales. The data indicates a substantial year-to-date decline in robotics, machine vision, and motion control orders compared to last year.

Released as part of the Global Economic and Automation Outlook, the numbers put the decline in robot orders in North America, which totaled 13,524 units, at a whopping 18% compared to the first half of 2019. Order revenues fell in equal measure to $716 million in the North American market.

The scale of the contraction may seem surprising given the rosy outlook for automation amid pandemic-related shutdowns. However, the top-line numbers also mask strong performance in certain automation categories.

"It's clear that our industry is feeling the effects of COVID-19, its strain on supply chains, and the overall economic uncertainty due to our current circumstances," said Alex Shikany, A3 Vice President, Membership & Business Intelligence. "Despite the numbers reflecting these recent challenges, our latest market surveys tell us that there is optimism for what the next six months will bring."

But Shikany points out that not all the news was bleak.

"Despite the overall contractions, there were two notable industry bright spots in life sciences (+97%) and plastics & rubber (+49%)," Shikany said.

And few expect the contraction to last long. A3 recently surveyed industry optimism. According to the organization, over the next six months, 36% believe sales will increase moderately (between 1% and 10%), while 22% believe they will increase significantly (more than 10%). Only 19% of respondents believe there will be further decreases, while 23% believe their sales will remain flat.

Machine and motion control markets, which are closely wed to the general automation market, also suffered, albeit not as badly. The North American machine vision market contracted 8% while motion controls fell 6%.

Alan Beaulieu, President of ITR Economics and leading economic forecaster, reported strong seasonal performance this June-July in total US retail sales, noting the increase is the second-best on record.

That spike augurs well for a return to growth in the automation industry moving forward, particularly in areas related to logistics and fulfillment.