Smartphone desktops face a long road to a quick connection

Microsoft and Samsung are eager to have a desktop environment spring forth from your desktop when it's connected to a large monitor, but shapeshifting user interfaces suffer from clunky setups, immature standards, and strong competition from existing devices.
Written by Ross Rubin on April 24, 2017

Earlier this month, I wrote about the race between Microsoft and a number of Android vendors led by Samsung to create a desktop environment embedded within the smartphone, one that activates when the device is connected to a larger monitor. These approaches often require docks that provide the USB connections for mice and keyboards, which can also connect wirelessly to the phone if they use Bluetooth.

For Microsoft, the acceptance of such a desktop environment could allow smartphones -- perhaps even Android smartphones -- to become hosts for Windows, apps, and services. Samsung, on the other hand, has never had a particularly strong PC presence despite a history of sleek designs. Both companies are simultaneously partnering and competing for the attention of mainstream productivity workers. That's not the case for Canonical, which recently called it quits on its flavor of the smartphone desktop environment as part of a broader retreat from mobile.

But the battle for these environments' success face tougher challenges from the general state of the tech landscape than the specifics of OS rivalry. These include the more basic constraints of practicality, immature and fragmented standards, and competition from existing devices that serve us well, particularly in an era of cloud computing.

Take, for example, a commonly expressed scenario for smartphone desktop environment usage -- a large monitor, keyboard, and mouse available for ad hoc connections. This could be set up by individuals who split their time among offices or by an IT staff accommodating such nomadic workers. Tying the desktop experience to the smartphone means having one less device to manage, one where the connectivity and services are all set up and is easy to remotely restore or erase in case it is destroyed or stolen.

For many, though, these advantages aren't compelling enough to overcome the inertia of using existing desktops and particularly notebooks. A desktop shell may represent a dramatically upgraded ergonomic experience from a smartphone, but people often choose desktops because they provide the highest level of computing power, something that a smartphone's processor cannot match.

Then there's laptops, the most mainstream computing form factor today. The Samsung Galaxy S8's performance benchmarks compare favorably with lower-end laptops, but there are already small and inexpensive notebooks that run Windows 10 with more choices coming soon. As Qualcomm recently announced, we can expect to see thinner, lighter, always-connected ARM-based Windows laptops before the end of the year.

Then there's the cable issue to support the connections between smartphones and these shells. The Indiegogo campaign for Mirabook, the latest laptop shell to cater to these environments, discusses the various routes it could have taken for connectivity, including MHL over USB-C, USB-C to HDMI, DisplayLink, Miracast, and the standard it decided to support, SlimPort, which excludes iPhones (at least for now).

In light of these limiting scenarios, at least one company behind a laptop shell -- Sentio -- has begun to highlight other applications for its device, which can be used as a second screen for a Windows notebook or tablet or Chromebook. It can also serve as the input and output for PC sticks such as the Intel Compute Stick (a niche product, but not as niche as the forgotten Chromebit). But the "second screen" scenario would work more effectively if the Sentio device could fold its keyboard under its screen the way a Lenovo Yoga can. Alas, that's a trick neither it nor the Mirabook can perform and another example of the choice that full laptops offer.

Desktop experiences aren't quite a solution in search of a problem, but there's too much friction to implement them broadly. Their experience would stand to improve dramatically with widespread integration of the high-speed Wi-Fi variant 802.11ad, often referred to by its developmental name, WiGig. That technology could allow seamless, latency-free connections to a desktop or laptop shell and could even pave the way for more far-out rethinking of PC form factors, but that's not on the mainstream integration radar for now. 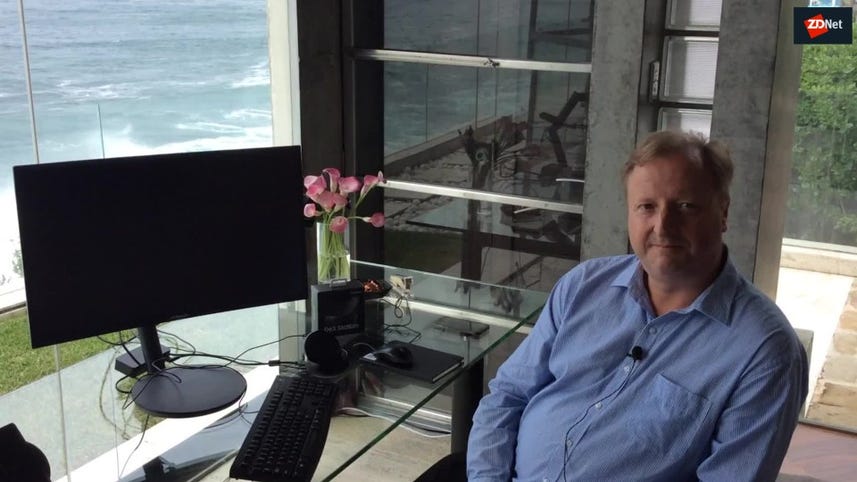 Samsung Galaxy Buds 2 Pro: 8 tips and tricks to get the most out of your wireless earbuds

Samsung Galaxy Buds 2 Pro: 8 tips and tricks to get the most out of your wireless earbuds