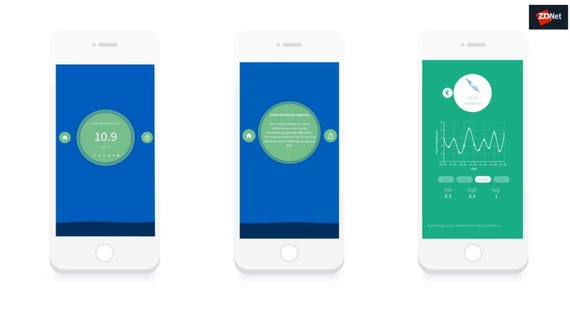 Smartphone users may soon be able to check their blood glucose level without having to take a blood sample, using a new app for iOS and Android.

Checking your blood sugar level usually needs at least a drop of blood for testing. This new method could mean users don't have to give any blood at all.

The app works when the user places one fingertip over the camera lens of their smartphone.

A series of close-up images are taken, and show information about the user's blood flow. These are sent to the cloud for analysis and give feedback on various vital signs from heart rate, temperature, and blood pressure, to respiration rate and blood oxygen saturation, said Epic Health, the company behind the app.

The app is currently in clinical trials but the company said it could be available to download, free of charge, for Androind and iOS in the fourth quarter of this year.

Self-monitoring of blood glucose is recommended for all people with diabetes but can also be useful for those who just want to keep a check on their sugar level.

Epic Health's CEO Dominic Wood said that the company is currently focused on the preventative market.

According to Wood, the product is based on "existing technology that is already out there, like the numerous heart-rate checking apps that are available".

Tech companies are increasingly looking at smartphones and wearables as a way of measuring and recording data about health. Apple is reportedly working on a project that to develop sensors that can non-invasively and continuously monitor blood sugar levels in order to treat diabetes better.

Join Discussion for: Smartphone test could help you track glucose,...