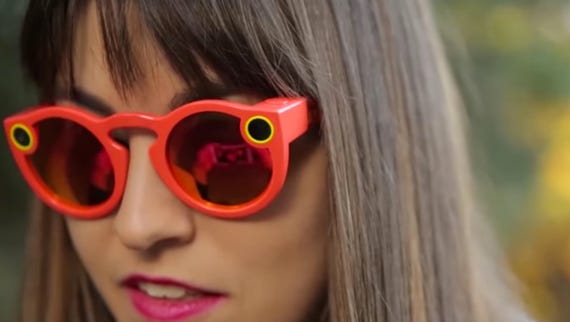 Snap makes a Spectacle of itself
Watch Now

On Thursday Snap, the parent company of Snapchat announced the second-generation of its Spectacles sunglasses.

The sunglasses are equipped with a camera to capture videos and for the first time, photos, that users can share in Snapchat.

Spectacles first launched in late 2016, with the company using vending machines that would randomly show up throughout the US as to lone means to get a pair of glasses.

With such a unique method of distribution, the company created a lot of attention and hype around its first hardware product. And as the hype grew, so did the number of Spectacles Snap had manufactured.

Ultimately, the company had to write down $40 million worth of unsold Spectacles inventory after selling around 220,000 units. According to a Snap spokesperson, the company recognizes the planning mistake and is keen to learn from it.

One change Snap is making with the second-generation Spectacles its sales model. Instead of staffing and placing vending machines in random locations, the company is only selling its glasses directly to consumers through Spectacles.com. Currently, sales are limited to the US, Canada, Great Britain, and France. Wider distribution in Europe begins on May 3.

The upgraded smart glasses now cost $149 and boast faster transfers from the glasses to a paired smartphone, with Snap claiming syncs now take place up to four times faster. The overall design has been slimmed down, the charging case is smaller, and the yellow ring around the camera lens is gone.

Users now have the option to capture 10-second video clips (extendable to 30-seconds) or, for the first time, still photos. All photos and videos will be captured and transferred in HD now, and dual microphones should help with better audio and cutting down on wind noise in videos.

The new Spectacles are water-resistant. Three new colors are available, onyx, ruby, and sapphire, with two different lenses per color variant. For the first time, through a partnership with Lensabl users can order Spectacles with prescription lenses.