By Larry Dignan for Between the Lines | April 5, 2017 | Topic: Enterprise Software

Snowflake Computing, a cloud data warehouse vendor, has closed a $100 million funding round as it aims to expand internationally.

The company, built on Amazon Web Services, was founded in 2012 and has raised $205 million so far. The funding round was led by ICONIQ Capital and Madrona Venture Group and included its initial venture partners.

Snowflake said it will build out its engineering team as it aims to take more on-premise data warehouse workloads. CEO Bob Muglia, a former Microsoft exec, said the funding will help Snowflake scale. I caught up with Muglia to talk shop. Among the key themes:

Where are we in the cloud data warehouse adoption curve? Muglia said data warehouses in the cloud are still in the early adoption phase internationally, but have hit an inflection point in the US. Part of Snowflake's latest funding round will be devoted to growing in Europe, which has data sovereignty laws. "In Europe there is a lot of interest," said Muglia. When Snowflake first started, the company sold to early adopters in the media, ad tech and entertainment industry. "We were competing against Redshift primarily because it was the early leader," explained Muglia. "But the world has changed and mainstream companies are moving toward cloud adoption and they are looking for solutions that work with structured, unstructured, and transactional business data."

As a result, Snowflake is increasingly competing with Oracle, IBM's Netezza, and Teradata, said Muglia. Snowflake's architecture is built to manage traditional data warehouse workloads as well as unstructured data. "We built from the ground up for the cloud," said Muglia.

Typically, a customer has an existing data warehouse and starts with Snowflake and either uses the cloud for new workloads or eventually migrates.

Gartner puts Snowflake into the niche market in its data management Magic Quadrant. 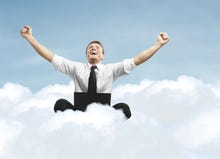 Hadoop. Snowflake is often landing customers that have become disillusioned with Hadoop. "Hadoop is an easy target because no one is happy and it's hard to make Hadoop work. It's a science project basically that's a multi-month, multi-year solution with custom SI (systems integrator) work," said Muglia. "If you're Netflix you can make Hadoop, but there are maybe 10 to 20 companies that are proficient."

The Internet of things. Muglia said that IoT creates a lot of "semi-structured" data and is complicated to manage with a structured approach. That situation is good for Snowflake. The next version of LTE will also create a surge in IoT data. Snowflake is engaging the public sector for smart city and other municipal deployments.

CIO Insights: Why data is at the core of all institutions: 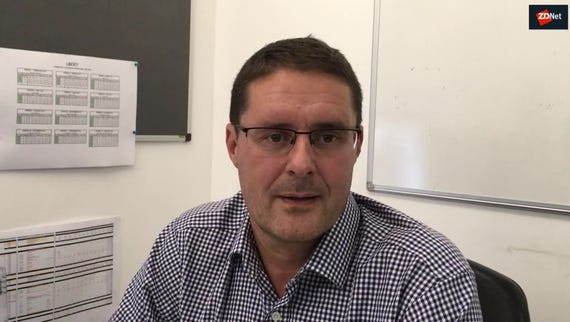 CIO Insights: Why data is at the core of all institutions
Watch Now

By Larry Dignan for Between the Lines | April 5, 2017 | Topic: Enterprise Software