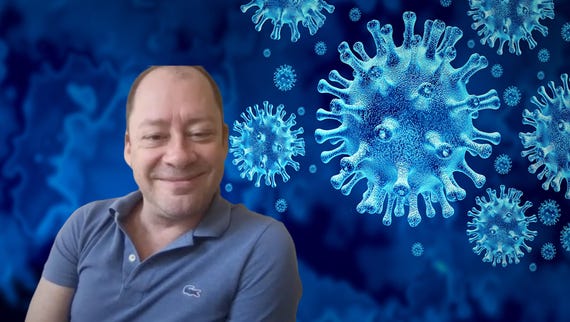 Why the coronavirus might not be exponentially spreading
Watch Now

SoftBank Group, Japan's largest tech company, lost about 4% in early trading Tuesday after reporting it expected nearly $17 billion in losses for its $100 billion Technology Vision Fund, which will result in the group's first annual loss in 15 years.

The company partly blamed the coronavirus pandemic for the poor performance of some of the Technology Vision's largest investments such as WeWork, Uber, and OneWeb.

Masayoshi Son, CEO and founder of SoftBank, said poor judgment on large investments was also to blame for the losses. He said that SoftBank will sell more than $41 billion in assets so that it can buy back shares and debt.

SoftBank's Technology Vision Fund is largely financed with money from Saudi Arabia and Abu Dhabi sovereign wealth funds plus capital from Apple and Foxconn. It has made investments in 91 companies and expects 15 failures.

SoftBank has received considerable criticism for the poor performance of the fund and the investment choices it made -- the largest debacle being WeWork. However, other large funds might also have to report lower valuations from their investment strategies, which were designed to compete with SoftBank and which are also facing similar problems.

A lot of US startups began making job cuts in January before the coronavirus hit and forced consumers into lockdowns and forced tens of millions to file for unemployment with no date on when the economy can return to normal. There will be likely many more similar warnings of massive losses from other funds and business groups.

Join Discussion for: SoftBank reports first loss in 15 years due...