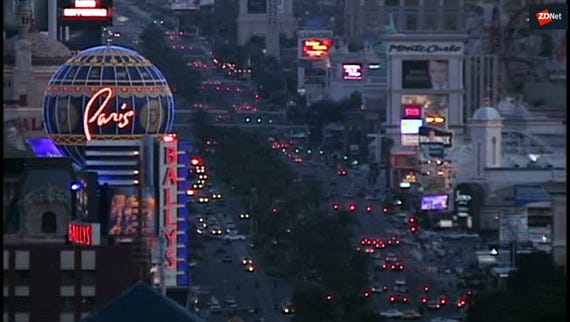 SoftBank Group has announced its intention to increase its stake in Sprint subject to market conditions following the breakdown of merger talks with T-Mobile.

The stake increase will not see SoftBank's ownership exceed 85 percent of the company.

Sprint chair and SoftBank Group CEO Masayoshi Son said that with more devices and sensors predicted to become connected thanks to 5G and the Internet of Things (IoT), it is important to own a mobile network in the United States.

"Continuing to own a world-class mobile network is central to our vision of ubiquitous connectivity," the chief executive said.

"Sprint is a critical part of our plan to ensure that we can deliver our vision to American consumers, and we are very confident in its future."

During the weekend, Sprint announced that its merger talks with T-Mobile had ended without reaching an agreement, with the companies on Saturday saying in a statement that they "were unable to find mutually agreeable terms".

The latest round of merger talks had been so close to succeeding that T-Mobile did not hold an earnings conference call for the financial period.

T-Mobile CEO John Legere said the merger was "compelling for a variety of reasons", but couldn't close due to concerns over which entity would have majority ownership of the combined company.

"We have been clear all along that a deal with anyone will have to result in superior long-term value for T-Mobile's shareholders compared to our outstanding stand-alone performance and track record," Legere said.

According to Sprint CEO Marcelo Claure, the carrier is able to continue alone thanks to its network and spectrum assets.

"We know we have significant assets, including our rich spectrum holdings, and are accelerating significant investments in our network to ensure our continued growth," Claure said.

"As convergence in the connectivity marketplace continues, we believe significant opportunities exist to establish strong partnerships across multiple industries."

Sprint has been upgrading its network, in September announcing that it would be partnering with Samsung to trial new network technologies to attain gigabit speeds across LTE using Massive Multiple-Input Multiple-Output (Massive MIMO).

Samsung and Sprint had tested Massive MIMO -- which sends multiple channels of data at the same time, allowing users to have peak performances simultaneously -- earlier this year on the 2.5GHz spectrum band in Suwon, South Korea.

At the time, Sprint also announced that it would be moving to deploy network-function virtualisation (NFV) OpenStack cloud nationwide using solutions from Mavenir.

"With this next step for NFV, we are extending our existing vendor ecosystem with the introduction of new, agile, and innovative players like Mavenir," Sprint COO of Technology Günther Ottendorfer said at the time.

"Going forward, we will cap our expansion on legacy core network hardware, while growing new functionality and capacity on our virtualised platform."

By virtualising its network, Sprint said it would be able to scale up and down its mobile core depending on demand.

In another attempt to improve its LTE coverage and add network densification, Sprint in May launched a small cell for homes and businesses.

Sprint's "Magic Box" product provides almost 2,800 square metres of coverage indoors, and up to 100 metres outside of a premises.

Sprint also partnered with SoftBank and TBCASoft at the beginning of the year to develop solutions for telecommunications industry blockchain technology.

The rivals and long-rumored merger partners ended speculation about a combination. The two wireless carriers will go it alone vs. Verizon and AT&T.

SoftBank and Deutsche Telekom have reportedly failed to agree on which side would have majority ownership of the combined company.

The Essential Phone PH-1 is one of the most intriguing Android devices, particularly because of its connection to Android superstar Andy Rubin. Here's what you need to know about the unique phone.

The revived merger talks come just a few days after SoftBank ended negotiations over who would have majority control of the new company.

Join Discussion for: SoftBank to increase stake in Sprint after...