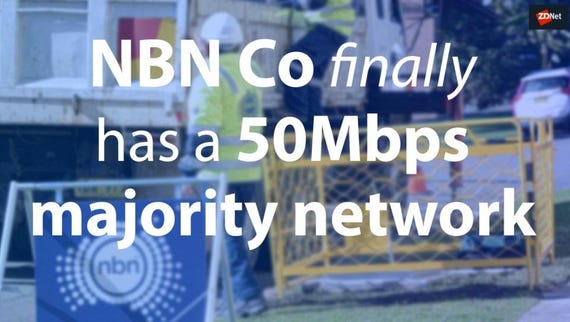 A planned software update by NBN early on Friday morning has hit a number of its Sky Muster satellite users.

"Services are being restored nationally but we are aware of some end users who are still experiencing outages," an NBN spokesperson said.

"We are working closely with our satellite partners to get these services restored as quickly as we can and we apologise to all satellite end users who have been impacted by this outage."

As is typical with NBN outages, it is once again smaller retailers that are providing more information, with satellite retailer SkyMesh detailing the event.

At 9:40am AEDT, services remained offline if they went through Geraldton, Kalgoorlie, and Waroona gateways.

"If you are on one of the above gateways, we recommend turning off your NBN NTD and router for 5mins and then back on to see if your service restores."

Despite NBN being able to boast that it now has a network where the majority of users are on plans with speeds at or over 50Mbps, the 93,000 Sky Muster users are incapable of 50Mbps speeds, and arguably have the most need for the touted benefits of high-definition telehealth, video conferencing, and distance education that have long been promised.

In December, the Department of Communications disclosed that 17,500 of satellite users had no 3G mobile coverage.

In response to a Senate Estimates question on notice, the department said it estimated that Telstra provides 201,000 fixed voice services in the Sky Muster satellite footprint.

"These numbers are based on a desktop assessment of mobile coverage, and do not take into account factors that could contribute to poor mobile coverage like obstructions from buildings, trees, and hills," the department added.

"Field testing would be required to confirm these numbers."