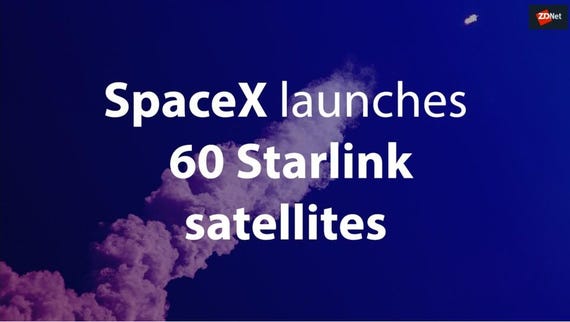 Solar farms aren't all that useful at night, even though the sun is still shining on the other half of the planet. To make up for this missed opportunity, a team of engineers from the University of Glasgow has been working on a project to use reflectors in space that could redirect sunlight to parts of the Earth in the dark – and this way, potentially keep solar power plants running around the clock.

The initiative, dubbed Solspace, has just received a €2.5 million ($2.75 million) grant from the European Research Council (ERC) to support five years of research into ways to keep solar power flowing from dusk to dawn.

The idea seems straightforward: large, ultra-lightweight reflectors in orbit around the planet will reflect sunlight onto large-scale solar power farms still firmly rooted down on Earth, and which will be operating as normal. The reflectors will boost the farms' output particularly at sunset and sunrise, when energy production reduces due to the lack of light, while demand typically surges.

With the project still in its infancy, however, there remain many unknowns. The team, for example, is still weighing up whether to deploy small numbers of large reflectors, or large numbers of smaller ones. Some equations also need solving: in order to get the reflector to spot onto a specific solar power farm, the satellites will need to remain fairly low; but a low orbit means it will be harder for the reflector to have simultaneous visibility of both the sun and the power plant – an alignment that is a geometric requirement for the experiment to succeed.

"The European Research Council funding is for blue sky research," Colin McInnes, professor of engineering science at the University of Glasgow, and who founded the Solspace project, told ZDNet. "The delivery of an operational system is clearly many years ahead, but now is the time to explore the technologies that can help underpin the clean energy systems of the future."

In 2018, solar power delivered 585 TWh globally, which compares to a total energy demand of 157,000 TWh across the world. According to the National Space Society, however, current technologies only make use of a fraction of the solar energy available in space; and the sun's potential to deliver clean energy is still vastly unexplored.

Unleashing such potential has been the focus of studies around the world for about half a century. Among the early explorers of space-based solar power were the Russians, who in 1993 launched project Znamya, with the idea to use a mirror in space to illuminate points on Earth with light equivalent to that of several full moons.

More recently, Japan unveiled a 15-year plan to turn solar energy in space into useable energy on Earth, but the concept put forward by the country's researchers differs slightly from the one invented by McInnes. Instead of directing sunlight down to collectors on the surface of the planet, the Japan Aerospace Exploration Agency (JAXA) is working on launching power stations into space, which would transform sunlight into microwaves while in orbit, before beaming the energy produced back to Earth in the form of a laser. JAXA is aiming to have built a 1GW power station by 2031, and to be launching one power station per year by the late 2030s.

The Chinese government, with the same concept in mind, is hoping to launch a space-based solar power station that can generate at least 1MW of electricity by 2030, and to have a commercial-scale plant in space by the 2050s. In the past few years, aerospace engineers in Glasgow have also been working on a multinational project to send large power structures into space, to produce solar energy and then send it back to Earth.

The cost of launching objects into orbit is exorbitant enough to explain why sending solar power farms into space is not the new normal just yet. The Solspace project is "quite different," said McInnes, because most of the power plant infrastructure will remain on the ground; "the space-based infrastructure is only the large, lightweight reflectors," he added.

SEE: Coronavirus and 3D printing: How makers are stepping up to supply vital medical kit

Launching large reflectors into orbit, no matter how lightweight they are, still comes with costs and technical hurdles; and so, McInnes's team is researching new methods to build the devices directly in space. One of the technologies that lends itself well to the idea is 3D printing.

NASA has already been testing 3D printers aboard the International Space Station (ISS) to create components and supplies for long-duration missions. Dubbed the "3D print on-demand machine shop" by the organization's engineers, the technology could drastically reduce both the time and cost of sending objects from Earth to astronauts.

McInnes and his team, for the time being, still have a lot on their plate before Solspace can become a tangible reality. "As well as engineering challenges, we'll be looking at integration with terrestrial energy systems and economic modelling," said the researcher.

"But the combination of falling launch costs, in-orbit fabrication methods and future global demand for clean energy makes it timely," he added. And if successful, McInnes's space project could significantly boost solar power infrastructure, and clean energy outputs, back on planet Earth.

Join Discussion for: Solar power, even at night: These giant space...