Full Bio
Posted in Between the Lines on March 29, 2018 | Topic: Innovation 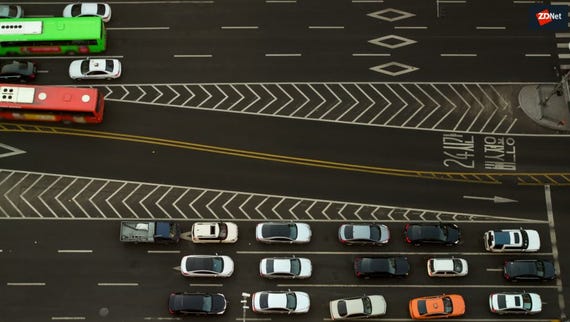 This week, local media reported that the South Korean government wishes to prevent the kind of accidents that have already taken place in the US involving pedestrians and autonomous vehicles.

An Uber self-driving vehicle undergoing tests was involved in a fatal collision this month with a woman.

Although a human driver was in attendance -- as required by law -- sadly, the pedestrian from Tempe, Arizona, was still struck by the car as she walked across the road.

Uber has temporarily stopped tests in Arizona and all other cities, and the fatality has highlighted the risk of accidents -- leading to scrutiny in the self-driving space by government officials and technology vendors themselves worldwide.

As a result of the incident, South Korean officials are now planning to set up a "smart" traffic system to make sure such tests and pilot schemes are as of little risk to pedestrians as possible.

The country's Ministry of Land, Infrastructure, and Transport said on Tuesday that research is underway to establish a smart traffic system and to create detailed road maps for self-driving vehicles.

Regulators are also going to examine the rules and regulations around self-driving car tests.

Under the project name Cooperative Intelligence Transport Systems (C-ITS), the team will also develop technologies which may help vehicles navigate city roads at night and in poor weather conditions.

There is an operational test bed site in the country called K-City located in Hwaseong City, Gyeonggi Province. The test zone will now also have environment simulators installed for technology vendors to try out their vehicles in different conditions and eradicate as many potential safety issues as possible.

SK Telecom and the Korean Transportation Safety Authority have already completed a "cooperative driving" trial in K-City, in which driverless cars exchanged information over 5G networks to travel safely down a highway and pedestrian areas.

On Thursday, reports surfaced which suggest that Uber and the family of the pedestrian killed this month have reached a settlement out of court.