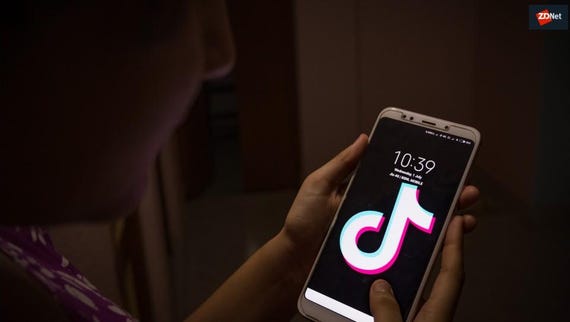 Video sharing platform TikTok has been fined by a South Korea regulator for mishandling child data.

The Korea Communications Commission (KCC), the country's telecommunications watchdog, said it has fined the company 186 million won -- around $155,000 -- for failing to protect users' private data.

The fine is equivalent to 3% of the company's annual sales in South Korea, an amount designated for such violations under local privacy laws. The investigation began last year in October, the KCC said.

The regulator said TikTok collected the data of children under the age of 14 without consent from their legal guardians.

The KCC added that TikTok failed to notify users of the transfer of personal data overseas.

According to the investigation, TikTok currently uses four cloud companies to store its data -- Alibaba Cloud, Fastly, Edgecast, and Firebase.

South Korean user data is stored on servers run by Alibaba Cloud, which are based in the US and Singapore, the KCC said.

In a statement to the regulator, TikTok said it outsourced data storage to third parties only when needed but that it regretted not properly informing users of this. The company added that it would improve the way it handles user data going forward.

The fine in South Korea is the latest blow to the Chinese company, which has faced allegations of collecting user data without consent.

In January, the US army reportedly banned the use of TikTok due to "security concerns".

Earlier this month, the company announced that it was exiting the Hong Kong market after the enforcement of China's new security laws.

It comes as China imposes its new national security laws in Hong Kong.

Indian government ban comes after the Indian military has clashed with Chinese forces on the country's northern border.

Researchers at Check Point uncovered 'multiple' security loopholes in one of the world's most popular mobile apps.

It's a good time to update existing policies to cover the increase in remote work and set clear expectations for employees about using social media during work hours.