Part of a ZDNet Special Feature: The new SMB stack

The ideal tech stack is an important consideration for small and medium-sized businesses (SMBs). The set of technology, including software, programming languages, cloud services and so on, that an organization deploys could mean the difference between operating a conventional company or an innovative one.

How do SMBs build a technology stack? TechRepublic Premium surveyed SMB decision-makers to find out.

According to the survey results, SMB IT deployment relies on a mix of internal and cloud-based servers. The majority of respondents (63%) currently use internal servers (both on- and off-premises). The second most-used service is a combination of servers and cloud services (39%); while Microsoft Azure closely followed at 34%. Google Cloud Platform (29%), Amazon AWS (28%), and a combination of more than one cloud service (17%) rounded out the list of responses. 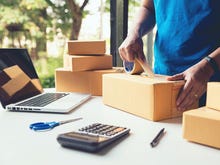 In terms of hardware, software or cloud services deployment within the next 12 months, 40% of respondents list internal servers (on- or off-promises) as coming to their company in the near future. Microsoft Azure is in the plans for 34% of respondents; 28% of respondents will deploy Amazon AWS, and 27% plan to deploy a combination of servers and cloud services.

When asked about Software-as-a-Service (SaaS) features and applications that companies either currently deploy or will deploy in the next 12 months, database servers (42%) topped the list, with file storage servers (41%) ranking a close second. Other features and apps (37%), artificial intelligence (35%), and Internet of Things (IoT) management (23%) rounded out the remainder of the most popular responses.

What factors do companies consider when selecting and deploying their technology? The top three factors in order of most importance include: Fulfilling business needs, cost, and security.

However, what technologies companies want to purchase and what they actually do purchase may differ. Ultimately, the majority of respondents (60%) say that tech purchasing decisions remain in the hands of the company's owner/CEO/founder.