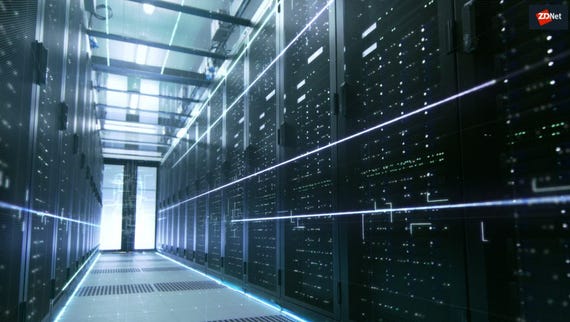 Half of IT officers say they are already running serverless, survey finds
Watch Now

More bad news for server-huggers: there's no stopping the momentum toward adopting serverless computing -- in which server management and capacity planning tasks are handled by a cloud provider. Half of IT executives in a recent survey, 50%, say they are already running with a serverless architecture, and 28% intend to do so within the 18 months.

That's the gist of a recent survey and ebook released by The New Stack, covering the state of the art with serverless. The survey of 608 companies finds that of those serverless users, the most profound benefits include the scalability provided, along with a greater speed of development. Among current users, adoption is spreading fast across their enterprises -- 32% said more than a quarter of their organization's application workloads use serverless architectures.

Still, there is confusion in the market about what serverless is and isn't, the survey's contributors state. "Serverless computing still requires servers. Serverless architecture is 'serverless' in terms of the user/developer never needing to take care of, or even be aware of, any individual machines -- the infrastructure is fully abstracted away."

Those IT managers already using serverless report a range of benefits to their software development lifecycles, including flexibility of scaling (48%), speed of development (41%), and cost of resources (40%). These are the main promises of cloud computing, and are being realized when the cloud provider assumes all of the ongoing backend plumbing and infrastructure work, enabling developers to focus on the application, period. In essence, the architecture's power "lies in shortening the time from code development to putting that code in production," the New Stack team observes. "It really is 'here is my code, now run it' -- or, as the case may be, 'here is my data, now store it' -- with almost no infrastructural drag in between."

When people think serverless, the vendor that comes to mind the most often is Amazon Web Services, which has taken the lead, in terms of serverless mindshare, the New Stack survey shows. The top solutions preferred by IT shops are AWS Lambda (71%), Amazon CloudWatch (61%), and Azure Functions (43%).

Still, as with every promising technology that transforms processes and infrastructure, there are issues that arise. Issues enterprises are encountering with serverless computing include portability (29%), control (27%), and application performance (24%). As in any situation when the keys are handed over to an outside provider who has many other clients, there may be some loss of control or even responsiveness, the study's authors caution.

Cloud providers "will typically spin down runtime environments that aren't seeing much use. This means they also limit the total amount of resources available to you, which introduces latency and potentially reduces performance. Monitoring, debugging and security can also be tricky with these cloud providers -- as they would be with any cloud computing workflow-- due to the fact that it all runs in a public cloud that you don't have access to or control of."

Join Discussion for: Survey: so far, so good with serverless computing