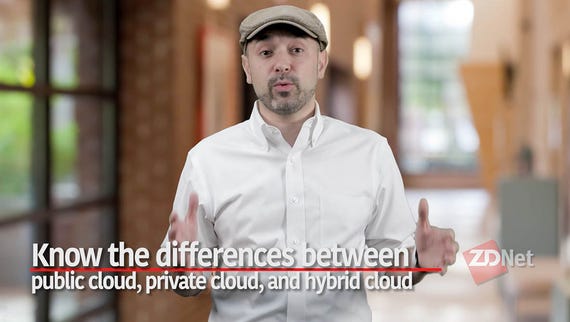 ZDNet caught up with data integration company MuleSoft's founder and VP of product strategy Ross Mason to talk about the impact of its acquisition by Salesforce and the company's plans for the future.

ZDNet: You have just been bought by Salesforce, how did that come about?

MuleSoft: You may not be aware of this but they have been a long-time customer of ours and we have been a customer of theirs. At our last private investment round, they led that round.

A lot of our customers are joint customers. We see a lot of each other, so we have been on their radar. Plus, the exec teams know each other reasonably well. So, it's been five years of being aware of each other.

Sure, we announced the acquisition a couple of weeks ago and we're integrating, we're working together. All the right things are working well. We're keeping our strategy. Our customers worry about things like the neutrality of the platform, and there are no issues there. There's a full understanding by Salesforce that we have to connect everything, and that everything means on-premise and in the cloud. Most of our customers are hybrid because their data goes everywhere.

It feels very strong and I think what we can do for customers is be much more co-ordinated on how we help them go through this transformation.

Then there are synergies all down the line really in terms of things that you can do that they don't do?

Every organisation, or most organistions, have this immovable ball of mud [of IT systems]. Because that's what it feels like. There's this ball of stuff in the middle and we can't get it out very easily and it costs a fortune.

Any product strategy that is opening companies up for transformation needs to really involve that core. Getting good at creating APIs on top of legacy systems -- on top of core functional systems -- that they have. That's really important.

In prior years we talked about APIs and about using APIs as building blocks but in reality, we're getting good at doing the simple things but getting to the core functions is a different matter.

What do you think the next generation is going to be?

One of the reasons I talk to users about intelligence and these fourth generation of systems is not to jump on this AI bandwagon, which gets bandied around everywhere. The next set of products and services will tend to have a lot more insight into what would be right in a given situation. Not because you can't use humans, but part of the automation is to provide guidance for certain capabilities without being ready to, for example, input knowledge.

Everything is getting incrementally smarter. I don't think people realise what's going on. It's going to be a big step but over time it won't feel that big.

It's just that people go along with it?

Yes. You won't be adopting it, you'll be the recipient of it. Companies won't be implementing big AI projects. They'll try and there'll be some successes and a lot of failures. But I think it will be the product vendors who will provide more of the incremental benefits. I'll give you an example.

In applications where people are putting in activities you can actually figure out what people are doing by looking at the exhaustive emails, calendars and other platforms. Now you can bring that into the mix and use intelligent systems to figure out what's going on instead of having to input stuff all the time.

As a simple thing it doesn't sound like much, but it actually changes the way you think about enterprise software because a lot of enterprise software is forms and you're putting data in and reports come out the other end. That could just be a service running, collecting all of that data from the enterprise and all the applications they use.

How did you come up with the name MuleSoft?

A long time ago I started an open source project called Mule. The whole point of Mule was that it took the donkey work out of integration. I was working in a bank and they had three integration types. One was file-based, one was a legacy format and the other was somebody playing with web services -- and that was in the early days! There was just no commonality in the way that they would do things.

The point of Mule was to abstract all the complexity away and allow the developers just to work with components versus actual implementation. Mule was just taking all that donkey work away.

So you had this idea for building a system, MuleSoft. What was the big breakthrough for you?

I look at it as four-year chunks. The first four years was building the software -- open source as a distribution model. It was really good at getting awareness of what we were trying to do and we were testing the market to see if there was any value in it.

So, I had an idea to build it in open source and then see if people wanted to use it. Doing that gave us feedback.

Before open source, you couldn't really do that. You would have to go and try and build it and try and sell it -- which would be impossible.

So, then we started the company and the next big breakthrough was cloud, and actually, SaaS applications. Salesforce, interestingly, was a big piece of that story.

Back in 2008 to 2009, they were just sort of emerging and people were calling it 'application service providers' and stuff like that. You could see that there was something different about it, this sort of SaaS model.

And we started first building connectors for SaaS applications and working at making sure that the Mule engine worked well. The applications worked in your datacentre and it looked after your connection points.

Now that was good and then we realised that applications were going to move to the cloud and integration was going to move there too, so we actually built the first IPaaS [integrated platform-as-a-service] company.

Now that was a massive step forward because it wasn't just a new product -- it allowed us to look at the world very differently. What it opened up for us was that the world was going to go hybrid.

You've got stuff in the cloud and stuff on premise so there was no other way it was going to work. Everything was going to move to the cloud, but we knew that all the data was going to stay on-premise.

Where do you see the market going now, in terms of the big picture?

One big shift I think, is that IT has come to the forefront of organisations. What I would love to see is that IT shifts from being a cost centre to becoming an asset. Because in every organisation there are two key assets. People come and go but your data and capabilities persist.

Every asset has great capabilities. Over the next five years we are going to have to discover how to make it cheaper and easier to plug into these capabilities.

IT is going to have to change the ways in which it engages with the business and change what it means to the business. That's going to be the cultural change in organisations.

The outlook for software-as-a-service and related technological areas:

Salesforce to acquire MuleSoft for $6.5B

MuleSoft went public last year and has more than 1,200 customers including Coca-Cola, Barclays, and Unilever.

With MuleSoft, Salesforce gets a hybrid cloud play

MuleSoft's platform is used to connect software via application programming interfaces. Think of MuleSoft as the glue that makes enterprise software a bit more nimble.

A few years back, the mere idea of Microsoft buying GitHub, the leading open-source development hosting company, would have been seen as nuts.

81% of organizations globally have adopted the cloud, according to Bitglass.

What is SDN? How software-defined networking changed everything

SDN gave rise to a new way of implementing computing on the broadest scale of infrastructure, and has become, for better or worse, the whole point of networking.

Red Hat has introduced Kuberneter to its OpenShift ecosystem and it gives an easy path for independent software vendors (ISVs) to deliver tested and validated Kubernetes applications on OpenShift.

Inside Fujitsu's cloud-powered farm of the future (CNET)

Japanese farms are smaller and often less sophisticated than those elsewhere in the world. Can a suite of sensors, services, and -- yes -- cow pedometers from Fujitsu help them compete on a global scale?