Damian Radcliffe is the Carolyn S Chambers Professor in Journalism at the University of Oregon. He is a digital analyst, journalist and researcher with 20 years' experience in editorial, research and policy positions in the UK, USA and Middle East. 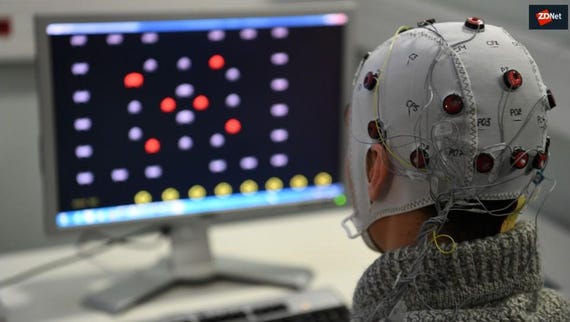 Ramadan starts this week. For 1.8 billion Muslims around the world, the month offers an opportunity for introspection, charity, and spiritual renewal.

However, the experience in 2020 will be very different, as the COVID-19 coronavirus outbreak adds further changes to the rhythms and dynamic of the holy month.

Tech will play an enhanced role in that experience, building on existing foundations and offering new ways to shape the Ramadan experience in the Middle East.

Here's a look at the role tech already plays and how that will change in a COVID-19 world.

Increased use of social media

"For Facebook, which also owns Instagram, and Google, which owns YouTube, Ramadan brings a welcome boost of business in the region," the AP reported last year.

"People in the Middle East spend close to 58 million more hours on Facebook during Ramadan and watch more YouTube videos….than any other time of the year, making the holy month not only the most important one for Muslims, but also the prime time of the year for advertisers," they added.

"Although it may appear a contradiction for Muslims to spend their fasting hours on YouTube, the holy month also marks a high point in viewership of religious content," notes The New Arab website.

However, religious programming isn't the only genre being watched.

According to Google, in Egypt, Saudi Arabia, and UAE, time spent watching sports videos rises by 22%, travel videos by 30%, and action, simulation and video games by 10% to 20%.

Spending more time online is driven by a number of factors. In some countries, working hours are reduced, giving more time for prayer, sleeping, and leisure. Many Muslims will also stay up late, enabling them to have a final meal – suhoor – before fasting begins at dawn.

In each of these instances, such patterns of behavior can translate into more time spent using digital devices.

This trend is also likely to grow in 2020, given the number of people working from home or on enforced lockdowns.

Alongside this, the month has long been host to new, exclusive, content on satellite TV networks and online. As Egyptian journalist Shahira Amin explains.

"In much of the Arab World, the popular Ramadan soap operas have become a staple of the fasting month. Families and friends gather around televisions at home or in coffee shops to watch the post-Iftar soaps.

"Ramadan would not be the same without the shows that keep millions entertained into the early hours when it is time for Suhoor, the last meal before the following day's fast. The soaps are often the predominant topic in lively conversations at Iftar gatherings or when socializing with friends and neighbors after the meal, as is customary during Ramadan."

Covering a wide variety of genres, including soap operas, dramas and comedy, Egyptian-based TV channels – distributed around the region via satellite – are launching 20 new series in the coming month. Regional channels based in other countries are following suit.

Meanwhile, social networks are also commissioning and hosting their own content.

Last year, Twitter unveiled over 16 premium video content collaborations across sports, entertainment and news, many of which aired during Ramadan. Original output included Sayidaty Group's 'Your Ramadan Morning with Sayidaty', an all-female morning show by and about women, and 'Who's Turn is it?', a live program showcasing stand-up comedians.

Research conducted by the research company Toluna, and shared by Twitter, found that up to 72% of Twitter users in Saudi Arabia and UAE and 62% of users in Egypt consider the platform one of their main sources for online video content.

Mobile phone owners have long been able to avail themselves of various applications designed to enhance and support the Ramadan experience.

Simpler applications, such as services offering accurate prayer times, or offering the call to prayer announcing it is time to break the fast, have also been around for some time.

Other apps, like Quran Majeed, allow users to have a copy of the Quran on their mobile, donate food to hungry children around the world – ShareTheMeal from the World Food Programme – as well as locate nearby halal restaurants.

In 2017, Google launched, Qibla Finder, a web app using augmented reality to show you the direction of the Qibla – the fixed direction towards the Ka'bah in the Grand Mosque in Makkah, Saudi Arabia – which all Muslims face, wherever they are in the world, when performing their prayers. Offline usage was enabled the following year.

Communities all around the world are adapting to the implications of the coronavirus pandemic.

Bloomberg's Ian Fisher observes that "as Jews, Muslims and Christians enter one of the holiest times of the year, with Easter, Ramadan and Passover all celebrated this month, leaders of these religions with ancient roots find themselves giving thanks to the internet. With roughly half the world locked down, keeping the holidays communal will be a struggle."

With lockdowns and social distancing prohibiting opportunities for communities to come together, some Muslims are using technologies such as Zoom to arrange online Iftars, the meal in which friends and family break fast together.

Similar efforts are also being used to stream virtual sermons and special Ramadan lectures, due to the closures of mosques and other community venues.

Because travel and social-distancing restrictions have made it impossible to visit Holy Sites and some of the region's largest and best-known mosques, tech may play a role here too.

BSocial, a digital engagement agency based in Cairo, launched a VR tour of Mecca in 2017.

"Its 2.0 version will be available for Google Cardboard, the technology giant's virtual reality platform, before Ramadan begins on April 23," both the New York Times and UAE-based The National, report.

Charitable giving is also getting an upgrade. Snapchat has revealed a new AR experience designed to encourage donations to the United Nations Foundation's COVID-19 Solidarity Response Fund in support of the World Health Organization (WHO).The new lenses are available in select markets, such as UAE and Saudi Arabia.

The new lenses allow Snapchatters to scan real-life objects to unlock a special AR experience. When a person views an AED10/SAR10 note, for example, and taps on it in the Snapchat camera, an AR experience will trigger to show how a potential donation could support the WHO's immediate response efforts.

Discussing the launch, Hussein Freijeh, general manager of Snap, Middle East, said: "This campaign also comes as we are getting ready to welcome the holy month of Ramadan and celebrate the spirit of giving. We believe that everyone can play a meaningful role in stopping the spread of COVID-19, and that it is our responsibility to support initiatives that can make that happen."