Tencent Cloud has added four data centres in three Asian markets and Germany, as it looks to bump up its global coverage by 30% this year. The move pushes its network footprint to 27 regions and 66 availability zones worldwide.

Tencent said Thursday it added second availability zones in Bangkok, Frankfurt, and Tokyo as well as a third in Hong Kong. The new data centres would support increasing demand for and spend on cloud computing services, the Chinese tech vendor said. 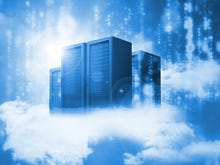 Chinese internet giant launches its first data centre in Indonesia, with plans to open a second one in the Southeast Asian market as well as Thailand and South Korea within the year, as it looks to build out its cloud footprint across the region.

Its senior vice president for cloud international Poshu Yeung noted that Tencent was aiming to boost its global data centre coverage by 30% this year.

Citing research from Frost & Sullivan, Tencent said 52% of organisations worldwide were estimated to be tapping cloud services last year, with 34% projected to also adopt cloud infrastructure in the next couple of years. Public cloud services also were expected to climb 23.1% this year to hit $332.3 billion, it said, pointing to Gartner stats.

According to Tencent, all four data centres were tier-3 facilities and located in "prime network hubs", with connectivity to major local and international network operators.

The vendor in April opened its first data centre in Indonesia, with plans to open a second local site later this year, as well as a third availability zone in Singapore. In March, it unveiled plans to a new data centre in Bahrain by year-end, marking its first such facility in the Middle East and North Africa (MENA) region.

In an April 2021 interview with ZDNet, Yeung said the cloud market was one of few markets to see robust growth amidst the global pandemic last year, fuelled by accelerated digital transformation efforts. Tencent's international cloud business in 2020 clocked triple-digit growth, he said, adding that this upward momentum was expected to continue this year.