Do you want a phone you can repair yourself and comes with a privacy-first Android operating system? Then you want the Fairphone 3 with /e/OS.
Written by Steven Vaughan-Nichols, Senior Contributing Editor on May 6, 2020 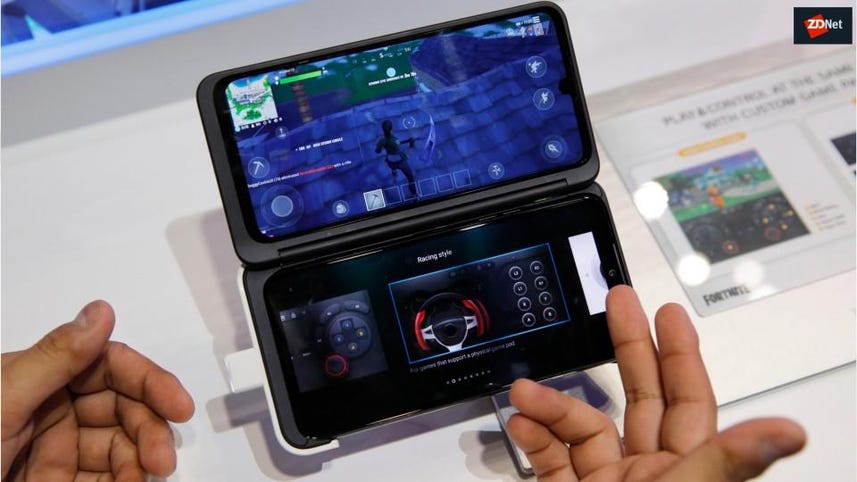 Almost all smartphones lock you into expensive, pretty prisons. They look great, but you can't repair them, and they watch your every move. But now there's the Fairphone 3, which lets you fix the hardware yourself, paired up with the privacy-first Android /e/OS operating system.

Besides being repairable by any handy person, the Fairphone uses ethically sourced materials and is built by well-paid workers, Many smartphones, such as the Apple iPhone, are built by poorly paid temporary workers.

In the /e/OS, all Google services have been removed and replaced with MicroG services. MicroG replaces Google's libraries with purely open-source implementations without hooks to Google's services. This includes libraries and apps that provide Google Play, Maps, Geolocation, and Messaging services for Android applications when they need them.

Put them together, and you get the first privacy-conscious, sustainable smartphone. This pairing springs from the Fairview community. They were asked what their preferred alternative OS was for the Fairphone 3, and they voted for /e/OS.

Being ethical and putting privacy first means the end product isn't as glossy as its Apple and Samsung rivals.

A recent ZDNet review found the Fairphone 3 to be a chunky beast. It comes with only 4GB of RAM and a Qualcomm Snapdragon 632 chipset. It also has a single 12-megapixel rear camera and an 8-megapixel front camera. This is all powered by a 3,000mAh battery.

The Fairphone 3 also has a 5.65-inch LCD within a large bezel frame. It supports dual SIM and has a MicroSD card slot. You're likely to need that MicroSD slot for more storage since it only comes with 64GB of internal storage.

In short, if you're looking for top-of-the-line hardware, look elsewhere. On the other hand, you can take apart this phone -- it comes with its own screwdriver to fix it yourself. iFixit finds the FairPhone 3 to be the most easily repaired smartphone of all.

The open-source operating system may be Android, but without all the Google functionality, it has a different feel. The /e/ platform also comes with its own services. For example, its search program uses, not Google, but Qwant, a popular, privacy-first European-based search engine. Instead of Google Drive for cloud storage, you get /e/'s cloud, which is based on the open-source NextCloud.

That said, many, but not all, standard Android apps run on /e/. It has its own app store with compatible apps. With its privacy-first emphasis, when you look at an app in the store, you can see each program's privacy settings and exactly what information it's sharing. It's up to you to decide if an app's utility is worth its privacy compromises.

Many mainstream Android apps work with this Google-free operating system. For example, Facebook installs and runs on /e/ perfectly. Of course, Facebook comes with its own privacy problems.

Eva Gouwens, Fairphone's CEO, likes this deal: "Our partnership with /e/OS is exciting because we both strive to change the way the tech industry operates in our own way. We're happy to provide Fairphone users with phones that are not only sustainable but also take special care to protect their personal data."

"Since the inception of /e/OS, we realized that many of our users were not only concerned about their data privacy and willing to reconquer their digital sovereignty, they also wanted hardware that would last longer and be repairable. Many adhere to the open-source principles of transparency in their software and they look for a similar approach for their mobile phone. They look for a more ethical approach to technology. It was therefore obvious to us that Fairphone would be a great platform for these customers, providing them with a phone that ticks the boxes of repairability, durability, and ethical sourcing."