The most important job in tech has just been filled, but not the way it was planned

With three new digital bosses, the UK government hopes to accelerate its digital transformation, but it is unclear how.
Written by Daphne Leprince-Ringuet on Jan. 14, 2021 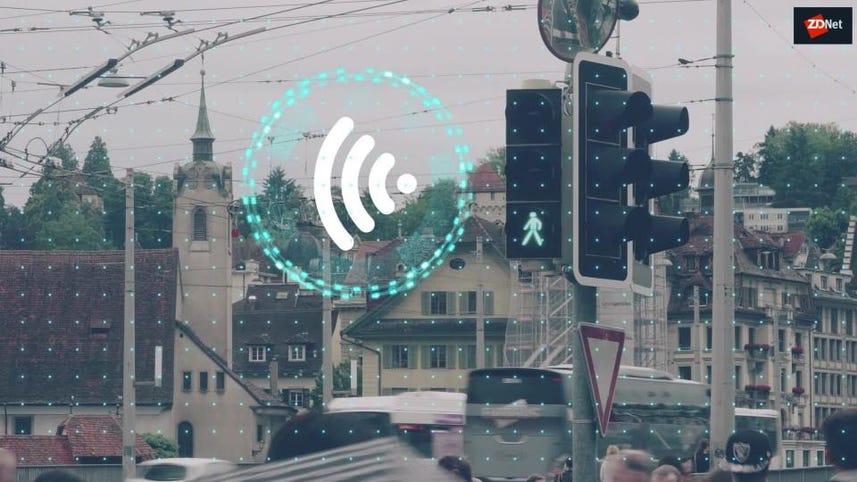 For about a year and a half now, the UK government has been on the hunt for one of the biggest jobs in tech. The Cabinet Office has been recruiting for its next Government Chief Digital Officer (GCDO), a £200,000-a-year role operating at the most senior level of the civil service, to accomplish a seriously daunting task: to lead the public sector's digital transformation.

Now, fifteen months after the GCDO's job was first advertised, and despite confirming on various occasions that the recruitment process was ongoing, the government has quite dramatically changed its course of action. Instead of hiring a digital leader, as originally planned, the Cabinet Office has announced that a whole new organization will be set up later this year to carry out the exact same duties as the ones laid out in the GCDO's job specs.

Called the Central Digital and Data Office (CDDO), the new body will open in early February 2021. The GCDO-to-be was to usher the UK government into a new chapter of technologically enhanced public services; the CDDO will, in replacement, be made up of a council of experts who will shape the government's strategy in fields ranging from automation to cybersecurity, through cloud, data, product and service design.

Just like the GCDO was meant to, the CDDO will also lead the government's 18,000-strong Digital, Data and Technology Profession department, with the objective of overhauling legacy IT systems, strengthening cybersecurity and leveraging data technologies to improve efficiencies.

In a blog post, the chief operating officer of the Civil Service Alex Chisholm confirmed that the government had effectively scrapped its year-long search for a GCDO, and in its place created an entirely new organization for digital leadership. When it opens, the CDDO will effectively "fulfill the same function and responsibilities that we expected from the GCDO," wrote Chisholm.

The good news? Some sort of leadership has actually been appointed. In an unpaid, non-executive role, the chief digital adviser of Lego Paul Willmott will chair the CDDO, while Joanna Davinson, as executive director of the CDDO, will be the professional head of the organisation, albeit only for the next 18 months. Davinson is currently the chief digital, data and technology officer of the Home Office; as executive director of the CDDO, she will be taking on a very similar job to that of the now written-off GCDO.

Addressing her role within the future CDDO, Davinson said: "I am looking forward to working with department Chief Digital Information Officers and their teams and with other colleagues across government, to develop and deliver the strategies and plans that enable the UK to lead the way in serving its citizens by being one of the most digitally advanced governments in the world."

It remains that the government's complete re-shuffle of plans for the country's digital leadership has done little to clear up who exactly will be doing what and as part of which group – a lack of clarity that has time and time over been condemned as one of the reasons that the country is losing momentum when it comes to embracing new technologies.

"There's still very little detail on what the new Central Data and Digital Office is and what it will do," Gavin Freeguard, an associate at UK thinktank the Institute for Government, told ZDNet. "The government needs to clarify this urgently, otherwise the CDDO risks being just another set of initials adrift in the alphabet soup of government organisations already responsible for data and digital."

The CDDO's exact functions, in effect, remain to be revealed entirely, but Chisholm said that more detail will follow in "the weeks ahead".

It is expected, among other functions, that the organization will work hand in hand with another government institution, the Government Digital Service (GDS), that also focuses on the digital transformation of the public sector.

Alongside Willmott and Davinson, Tom Read, who runs the Ministry of Justice's digital and technology operations, was appointed as CEO of the GDS. The GDS has been headed by various leaders on an interim basis since 2019, when its last permanent boss Kevin Cunnington left the organization. The exact details of the collaboration between the GDS and the CDDO are yet to be disclosed.

To add an extra layer of complexity, the CDDO's newly appointed executive director will be picking a team of about ten experts. One of them will be the much-awaited Chief Data Officer (CDO) – another government job that has struggled to be matched with the right candidate for many years.

In a digital transformation strategy published in 2017, the government committed to appointing a CDO before 2020; now in 2021, the deadline has passed, and the CDO is yet to be appointed. Given the government's latest recruitment spring, it is still hard to tell how the CDO will be working alongside the new team of digital leaders, but it seems likely that the role's level of seniority will be taking a hit.

"The appointment of experienced figures to these new top digital jobs provides government with a welcome opportunity to set out a clear vision for the future," said Freeguard. "But there is still confusion over the announcement.

"These job descriptions are not the same as the ones outlined by government only in September and quietly changed since. A chief data officer, which government said in 2017 would be appointed in 2020, has not yet been appointed and will now be at a more junior level."

The government's hesitant strategy when it comes to leadership has widely been reported as one of the reasons that the public sector is struggling to keep pace with the speed of digital transformation. A recent report from the Institute for Government, for example, showed that public services are failing to adopt new technologies, and that many problems are due to a flawed management of data.

The last few months have seen an accumulation of technology-related failures in public services, ranging from months-long delays in developing a contact-tracing app, to deploying a biased algorithm to grade student exams.

These examples come on top of existing issues that are deeply entrenched within public services. Efforts to boost cybersecurity, for example, have been falling behind: a recent report by the National Audit Office (NAO) concluded that the government's cybersecurity strategy might fail to provide value for money once it completes in 2021.

A new digital strategy was originally due to be published by the government in 2020, but is now expected to come later this year.

Although the future CDDO will, in principle, tackle those issues, it seems that the Cabinet Office's latest announcement hasn't brought much certainty about how it will do so, and who will be responsible for the job. Instead of empowering a single leader at a senior level to infuse the public sector with new technologies, the government is finding itself with a full-scale organization with a larger team of experts that is yet to be appointed. Whether the strategy will work is certain to be a topic of debate for the months to come.