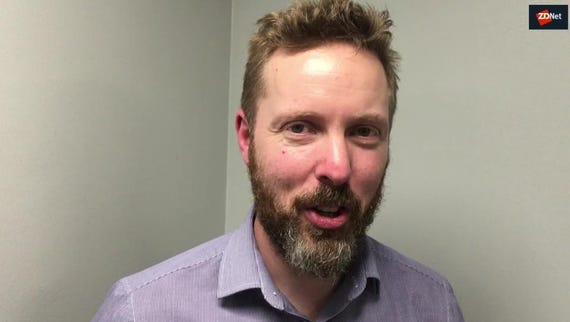 How to transform the healthcare sector with digital technology
Watch Now

From machine learning to artificial intelligence (AI) and from wearable devices to brain-computer interfaces (BCIs), big tech has set its collective sights on digital healthcare and wellness – and it's backing this vision with some big-money deals.

CB Insight reports that the top 10 tech corporates in the US participated in 209 healthcare financing deals between 2012 and 2018, spending a total of $4.7B on 25 healthcare acquisitions.

These investments could lead to some exciting developments that help us all live fitter and longer lives. But for all the excitement around healthcare innovation, the day-to-day reality of health provision in the NHS is more closely connected to legacy tech.

The UK spends significantly less on healthcare capital – which includes buildings, machinery, equipment and IT – as a share of GDP than most other comparable countries, according to think tank The Health Foundation. From 2000 to 2017, the total value of health care capital in the UK fell by 3% in real terms. This under-investment means technology systems are often well past their use-by date.

SEE: Windows 7 support timebomb: 76% of NHS PCs not on Windows 10 despite looming deadline

So while big tech is promising a healthcare revolution through the use of emerging technology, NHS CIOs on the ground face a day-to-day grind where they must find ways to keep existing systems running while building momentum around investing in new advances.

It's a challenge that's familiar to Lisa Emery, CIO at the Royal Marsden NHS Foundation Trust. "There are still – absolutely quite rightly – people saying they just want to be able to log onto their systems in a short amount of time," she says.

What's also notable, says Emery, who spoke with ZDNet at the recent HETT conference, is how healthcare professionals still manage to achieve great results in patient care across most trusts despite the technology they have to use. Emery says that success creates another issue for those looking to push digital change in healthcare: "If we're managing well now, and outcomes are good, and people can work, why invest in tech?"

Add in the continued battle for funding for front-line services in the NHS and it can be tough to get healthcare bosses to see the point of an investment in IT, especially when the creaking kit that staff use still works. Emery says CIOs looking for a cash injection must focus on the potential benefits that an investment in IT can bring.

"It's about creating a compelling argument that says, 'if we improve the technology underneath, you're going to be even further ahead than you are now'," she says. "Show them how staff can see more patients or see them more efficiently or derive better research data. It's that kind of argument you're creating for people."

Emery is in the fortuitous position at the Royal Marsden of having ring-fenced funding to deliver digital transformation. She will be focusing on a number of areas during the next 24 months, including network access, mobile devices, collaboration tools and the implementation of a digital patient record.

SEE: Digital transformation: Culture, not cash, is your biggest challenge

The wider hope must be that tech developments at the Royal Marsden are mirrored elsewhere in the NHS. Heath Secretary Matt Hancock announced £412m of funding in 2018 to transform technology in hospitals, to improve care, and to give patients access to health services at home. A further £75m was made available for trusts to replace paper-based systems with electronic services.

Hancock also recently announced the Health Infrastructure Plan, where capital will be made available to modernise diagnostics and tech, modernise primary care and mental health buildings, and help address critical safety issues in the NHS. It should mean legacy IT slowly becomes a thing of the past.

This year has also seen the release of two key reports that will guide the NHS' technology strategy for years to come: the Long Term Plan, which sets out the health service's policy for the next decade, with IT playing a central role; and the Topol Review, which details how staff should be prepped to be able to use the new technologies that are emerging.

However, before everyone gets carried away by the promise of AI and BCIs, Tracey Watson, CIO at Northern Care Alliance, says there is still a lot of basic work to be done. She says there must be a careful balance between structural investment and leading-edge innovation – and in many cases, the priority will still be basic infrastructural IT.

"You can't focus on the bells and the whistles if you haven't got the foundations in place. Innovation needs a decent infrastructure to build on," says Watson, before asserting the crucial role of healthcare CIOs in achieving the right balance in IT. She says smart digital leaders work on both foundational IT and transformation services.

"You can actually try and do them at the same time," says Watson. "It's doesn't have to be a journey that can only happens step by step."

It's a sentiment that chimes with Toby Avery, chief digital and information officer at Surrey and Borders NHS Partnership Foundation Trust. He also acknowledges the tension between updating infrastructure and leading innovation. Like Watson, he says the best CIOs overcome this obstacle by simultaneously fixing known issues and suggesting fresh ideas.

"I sometimes talk about needing to buy credibility," he says. "So what we've spent the past year or so doing is trying to buy enough credibility to give us the time to fix the basic problems. You can't buy that credibility without doing something a bit innovative, or something that's going to drive a bit of extra value."

Avery says it's tough to prove the benefits of innovation if you're only focused on refreshing older kit. Rather than attempting to change an entire organisation in one hit, he advises other healthcare IT leaders to focus on business use cases that prove the value of digital transformation.

"You've got to take some bold steps," he says. "Show people the great stuff you're doing in these use cases. Then ask others about their own service area – 'could you use that app, could you benefit if we tweaked it a little bit? Because if you can, actually we can probably give that to you next week.'"

Join Discussion for: Healthcare's big tech challenge: How to move...