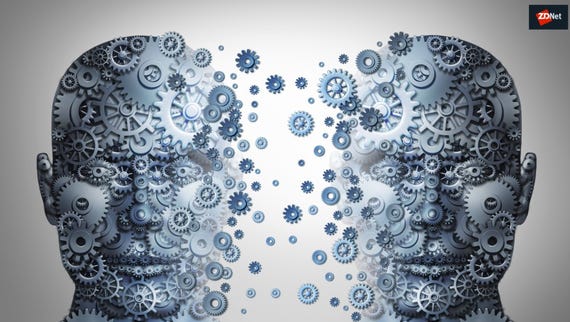 There are many different definitions of artificial intelligence, and to some practical-minded types, the one that matters is the one that's pertinent to the task at hand.

Take the case of Debu Chatterjee, who is the senior director of platform engineering for enterprise software giant ServiceNow, the publicly traded, $49 billion (market cap) company best known for bringing cloud computing to IT help desks.

Chatterjee, who came to the company in 2017 when ServiceNow bought his startup, DxContinuum, likes the definition supplied by UC Berkeley professor of computer science Stuart Russell: "An entity is intelligent to the extent that it does the right thing, meaning, that its actions are expected to achieve its objective."

To Chatterjee, who is also head of machine learning, AI, and predictive analytics at ServiceNow, what is meaningful is what works. "AI is by definition the ability to do the right thing," he says.

Chatterjee spoke to ZDNet by phone as the company Wednesday announced the latest release of what ServiceNow calls "Now Mobile," a mobile application that is designed to handle a range of corporate back-office tasks in a user interface as simple as the typical smartphone app.

The New York release comes from another acquisition of ServiceNow's, SkyGiraffe, a startup that was making iOS and Android apps. Two prior releases of the software, "London" and "Madrid," replaced what had been a mobile Web application with a native interface.

The New York release will further simplify the user experience, says Dave Wright, ServiceNow's chief innovation officer. "When you are not living in systems," such as a help desk application, "if you are just consuming the services, you don't want to be a god to have to use it, so it became about simplifying the experience." That, he expects, will lead to dramatic uptake of the app among ServiceNow clients.

ServiceNow is known as a maker of software to ease the ticketing system of IT professionals. It is moving beyond that mandate, to streamline other tasks, such as human resources "onboarding" of new employees. That requires an ability to bring natural language capabilities to the Now app, for example.

Hence, the need for artificial intelligence, or at least, some version of it. The process begins by taking user statements and embedding them in vector representations. That is made possible by SyntaxNet, a toolkit offered as open-source by Google within the TensorFlow library. SyntaxNet offers models for parsing natural-language sentences and is based on work first introduced in 2014 by Danqi Chen and Christopher Manning at Stanford University, who developed a "dependency parser" composed of nothing more than a simple feed-forward neural network with one hidden layer.

Once statements are parsed to reveal entities and intentions of speakers, the hard work begins of relating those items to the context of a given company's workflow. "For us, every customer is different," says Chatterjee. "Their users have to have a conversation with a virtual agent which would have to understand their lingo."

Every single term can mean different things. If, say, an employee says there's a problem with a "network," the term network could mean a computer network in the building, or, inside of a health care provider, it could be a casual reference to the healthcare network. Teasing out meanings means sorting and categorizing things.

The output of SyntaxNet, all those entities, and intentions, are put into "classic machine learning" tools, things such as "k-means clustering," a simple transformation of a data distribution that sorts data points by similarities. That might mean classifying whether a given incident being entered by the natural-language query is similar to other incidents within a company. Those categorizations, once inferred, must then be matched to the individual customer processes because "the workflow is different from customer to customer."

"We are creating business apps that mimic their processes," says Chatterjee, "whether onboarding or change management, whatever it is, there are a whole bunch of techniques that can be used to make a best-in-class decision" about what action should follow a request, "without a human intervention."

The approach to AI emerged at DxContinuum, which Chatterjee formed after seeing how crude some software approaches were. Chatterjee ran engineering for the fraud analytics efforts of FICO, the big analytics software firm that tracks claims. "One observation I had at FICO was that the way decision models were being inserted" for things such as fraud detection "is pretty manual," he says, "people had to go in and code, it wasn't scalable."

That was in contrast to what he observed in over 14 years working at database giant Oracle. "Oracle database can be used without an engineer to customize it." Seeing the contrast of the two, "I had a deep sense of how to create meta-data-driven programs" when he formed DxContinuum.

DxContinuum, however, was initially designed to reinvent the sales process, the whole question of customer retention and cross-selling and up-selling. Chatterjee and team worked on natural language processing but soon found that things such as time-series analyses were more predictive of a sales closing than scanning a salesperson's written communications or notes.

When ServiceNow bought DxContinuum and re-oriented the software from front-office to back-office processes, it turned out that the natural language analysis abilities were the perfect fit for things such as trouble tickets, says Chatterjee. "All the info for ServiceNow was text-based," he observes. "It's extremely critical, both the structured and the unstructured data."

A simple example of New York in action would be to let a new hire "see" where they are in the workflow of on-boarding. Chief strategist Wright likens that to how Uber's app shows a person a map with their approaching pickup. "If you could give people that choice, and real-time update, you could give them a better experience," he says. "Why can't I do that in every service?"

There are startups, of course, that are using forms of machine learning to tackle similar problems. ZDNet wrote earlier this year about Moveworks, which is creating natural-language bots that work inside of Slack or other apps to handle customer trouble tickets. The approaches are similar, allows Chatterjee, as "computer science is not an exact science, and there are multiple ways to solve the same problem.

The difference is in the scale.

"Moveworks is doing well," says Chatterjee, but "they are focused on a niche area, whereas we have of course a much larger portfolio of applications." ServiceNow has a dozen different applications covering various areas of back-office processes, not just help desk.

As Wright explains, there are three "layers" within a back-office application stack. There are "systems of record," such as a CRM or HCM application. And there are systems of "engagement," such as Slack. And in the middle, ServiceNow aims to be the "system of action."

"That's where no one really plays at the moment," says Wright. "Because of our strength in workflow, we can sit in the middle."

There are several initiatives Chatterjee foresees in the coming years for the software. He expects more ambitious forms of natural language processing can be included, perhaps "long-short-term-memory," or LSTM, machine learning models, perhaps things such as Google's wildly popular "Transformer" neural nets that use "attention" to process language. "We are looking at all the new developments, and some will be incorporated going forward," he says, "but we have to do a crawl-walk-run kind of development." Within natural language processing, "we are probably in the crawl to walk phase."

More important are the goals for how the software's capabilities will expand. By next year, or perhaps 2021, Chatterjee would like the Now Mobile apps not only to cluster similar incidents but to "recommend additional services," and perhaps forecast future needs. "we want to be able to assign work to skills" within the employee population, he says. "We want to move from the point of insights to actually getting to a resolution where we automate a lot of the next best action and make resolution more proactive." He also foresees an ability to generate natural language text, so that a helper agent can respond in full sentences automatically.

The high-order-bit, if you will, the guiding principle in using machine learning, remains whether it does stuff that is useful, says Chatterjee.

"At the end of day, we are providing value through applications, that's the groundbreaking stuff."

Join Discussion for: The question of AI for ServiceNow is a question...