The ultimate in working from home: Amazon's engineers are building robots in their garages

Amazon's employees have found ways to keep building high-tech robots, even confined at home.
Written by Daphne Leprince-Ringuet on Aug. 4, 2020 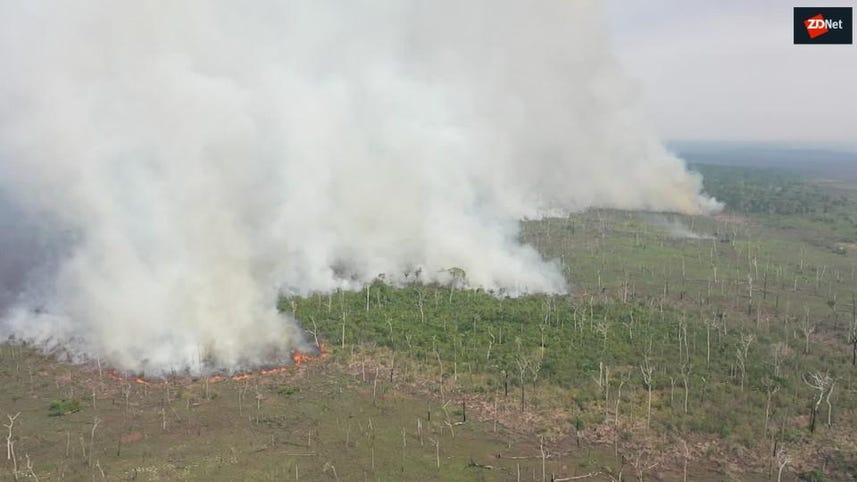 The next generation of Amazon's Scout bots – the fully electric autonomous delivery devices the company is hoping to deploy soon – is currently being designed and built by a team of mechanical engineers in Seattle, and not in the most orthodox of settings.

Instead of working in sleek labs, Amazon's engineers have effectively resorted to rearranging their homes and garages to accommodate the development of the sophisticated piece of technology the Scout bot is promising to be.

The cooler-sized bot is already deployed in a handful of US cities where it is being tested, albeit always accompanied by a human. And to make sure that Scout bots ever reach the next stage of development, Amazon's team had to work their way around the new restrictions suddenly imposed by the COVID-19 pandemic.

Unfortunately, engineers need a lot more than a decent internet connection to be able to work remotely. In early March, therefore, Seattle-based Amazon mechanical engineer Jeff Gorges transformed his garage into an R&D lab of motors and wheels in anticipation of office closures. Since then, Gorges has been iterating the bot from his garage workbench, testing various new features by driving the device around his patio.

The new Scout bot has now been assembled and debugged by Gorges, all from his own home.

Like many other tech companies, including Google and Facebook, Amazon has extended its corporate work-from-home policy through January 2021, which means that the e-tailer's engineers are likely to keep working on cutting-edge technologies in more mundane environments for another few months.

And even those working on projects as a bigger team have managed to adapt. In Boulder, Colorado, for example, Amazon's Canvas robotics team set up a system to safely transfer physical prototypes from one team member to the next when a Zoom call wouldn't cut it.

Because the project combines branches of science, engineering and robotics, building the carts requires input from various experts at different stages of development. When COVID-19 put an end to face-to-face meetings, therefore, the team had to come up with innovative solutions.

In March, the Canvas team prepared for stay-at-home orders by moving testing and manufacturing equipment from their office and lab space to several team members' homes.

With the new tools set up in their apartment living rooms, hardware engineers were able to build and assemble the sub-components for the carts, and then to pass the prototypes onto an R&D technician's home, who set up test and safety systems from his garage.

The robots were then sent to a computer vision scientist who worked on calibrating the devices' cameras by reconstructing the carts' future surroundings in the fulfillment center in 3D.

All in all, six robots circulated through seven team members' homes, with precautions taken to disinfect the devices on each transition.

Some brand-new innovations might even come out of the engineers' new surroundings: for example, technicians have already managed to improve on the design of the safety systems implemented in the robotic carts that will be used in fulfillment centers.

Security
Coding skills are in demand, but companies want more from technology professionals

Coding skills are in demand, but companies want more from technology professionals