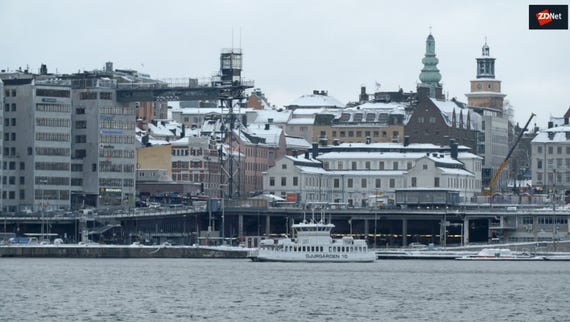 Nordic data-center operator Digiplex and Stockholm Exergi, the Swedish capital's leading energy supplier, are going to be using excess heat from servers to warm the equivalent of 10,000 households.

The two companies say their large-scale heat reuse agreement is the world's first where an operational data center with indirect evaporative air-to-air heat exchangers is being retrofitted to transfer excess heat to a city's district heating grid.

"Every time we browse the internet, stream a TV series or use the cloud, a process starts in a data center," said Digiplex CEO Gisle Eckhoff in a statement.

"If that data center is a power-hungry fossil fuel-fired one that releases excess heat into the atmosphere, we as individuals are contributing to climate change."

He added that digitalization needs to support improved sustainability, and using excess heat from Digiplex's Stockholm data center to heat thousands of households is an example of what can be achieved.

"This partnership with Stockholm Exergi is a big leap forward, one that could enable residents' digital activity to contribute to heating their own homes."

Close to 90 percent of all buildings in Stockholm are connected to the district heating network, making the Swedish capital one of only a few cities in the world where large-scale heat reuse from data centers is feasible.

The agreement also plays well into the city of Stockholm's ambitious plans for green operations, based on smarter use of technology.

"Utilizing smart technological solutions to make the most of synergies between recovered data-center heat and the city's heating needs is a part of the environmental objective to become fossil fuel-free by 2040," Wanngård said.

Want to profit from your underused servers? Overclock has an idea
Overclock has a plan on how to turn your data center into a profit center.

Google says its cloud is getting greener
The search-to-cloud giant is now buying enough renewable energy to match the electricity used in its data centres and offices.

Cisco critical flaw: At least 8.5 million switches open to attack, so patch now
Cisco patches a severe flaw in switch deployment software that can be attacked with crafted messages sent to a port that's open by default.

Photos: Inside a $250m+ datacenter complex (TechRepublic)
A look around the new London Kao One Datacenter, 20 miles north of London.

Join Discussion for: This data center's excess heat will help...