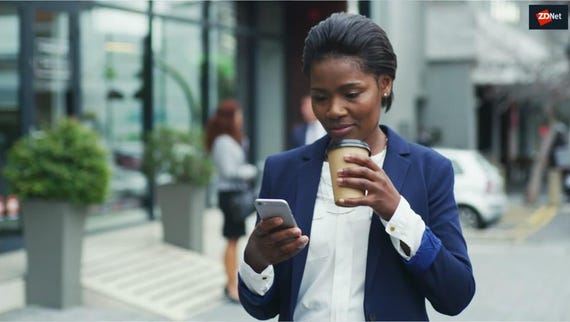 In January 2017, I wrote a post titled  "Here's how you can still get a free Windows 10 upgrade." It has become the single most popular post I've ever published at ZDNet, and it still gets hundreds of thousands of pageviews every month.

In the months after that original publication, I rechecked, revised, and updated the post several times. After the first few updates, though, I ran out of old PCs to upgrade; so I tacked on a note at the end of the article, asking readers who tried this technique to use the contact form and let me know how the experience went.

The response to that request has been overwhelming, and it too shows no signs of stopping.

In November and December 2019, I received approximately 120 reader messages from all over the world, people who took the time to find the contact form and send details about their Windows 10 upgrade attempts. Of that total, more than 90% were reports of successful upgrades, often accompanied by expressions of amazement that the process was so easy.

That avalanche of email has continued throughout 2020.

For those looking to upgrade a system currently running Windows 7, the process is straightforward:

Before getting started, I recommend confirming that your current system is properly activated. Next, check for any recent driver updates and BIOS updates (the latter step is especially important for systems that were originally sold in 2015 or earlier, before the release of Windows 10). I also recommend temporarily uninstalling third-party security software. (You can reinstall it after the upgrade is complete.) Then disconnect any unnecessary external storage devices until the upgrade is complete.

With that out of the way, you go to Microsoft's Download Windows 10 webpage and click the Download tool now button. After the download completes, run the Media Creation Tool, which runs under Windows 7 as well as Windows 8.1. Choose the Upgrade this PC now option and follow the instructions. The process typically takes an hour or so (sometimes less, sometimes a lot more, especially for an older system) but it doesn't require a product key, and when you finish, you have a digital license for Windows 10.

As I mentioned earlier, that process works for the overwhelming majority of people. Among the relatively small group who have reported that the upgrade failed, there were some common factors.


Several people were trying unsupported upgrade scenarios. One was attempting to upgrade a PC running Windows 7 Enterprise, and another one was working with an old netbook running Windows 7 Starter. (The free upgrade offer works only with retail editions like Windows 7 Home, Pro, and Ultimate). Roughly once a month I hear from someone who reinstalled Windows 7 or Windows 8.1 prior to doing the upgrade but forgot to activate the new Windows installation first (the free upgrade offer requires that the underlying copy of Windows 7 or Windows 8.1 be properly activated).

Several readers have told me they were unable to upgrade because the Windows Setup program failed with an error message like "0x80070011, The installation failed in the SAFE_OS phase with an error during MIGRATE_DATA operation." Those errors are unrelated to the underlying license. They're also tough to diagnose remotely, but can be caused by something as simple as a corrupted setup file. In follow-up correspondence, two readers told me they had resolved the errors and upgraded successfully by downloading new copies of Windows 10 and restarting the upgrade process.

Over the past six months, a handful of correspondents reported that they were blocked from performing the upgrade by a different error message, typically starting with "This PC can't be upgraded to Windows 10."

Those messages represent compatibility blocks, which Microsoft introduced with the May 2019 (version 1903) release. If you can track down the hardware driver or software app that's causing the block, you can usually get past this roadblock.

One reader succeeded after we exchanged some emails and determined that he needed to update the firmware on his 2014 HP PC. In other cases the culprit is an older program that contains incompatible system-level code, such as an antivirus program or DVD writing software. Uninstalling the offending app typically allows the upgrade to succeed.

Try this If your update is blocked

If you encounter a compatibility block, the first thing to do is check for a BIOS or firmware update. That's especially true on a PC that was designed before the release of Windows 10 in 2015. You should also check with the PC manufacturer to see if there are updated drivers for storage controllers, network adapters, display adapters, and other important hardware devices. As a precaution, disconnect all non-essential external devices before trying again.

You might be able to use the SetupDiag tool to examine the log files after a failed upgrade to determine the cause of the failure. For details, see my "Windows 10 tip: Use setup log files to troubleshoot installation problems." Chris Hoffman at How-To Geek has also written an excellent summary of troubleshooting techniques: "How to Fix 'What Needs Your Attention' Windows 10 Setup Errors."

With those exceptions aside, the conclusion is inescapable. Although Microsoft officially ended its free upgrade offer in mid-2016, one year after the initial release of Windows 10, it continues to make the upgrade free (and painless) for its retail customers running Windows 7 and Windows 8.1.

Why is Microsoft doing this? And is there a catch?

The answer to that first question is easy. Remember, Microsoft's Windows business is predicated on its partnership with PC makers, who pay a license fee for every copy of Windows they install on a new PC. Those OEMs are none too happy about the idea of extending the life of an older PC; they would much rather have you buy a brand new PC instead.

How to perform a clean install of Windows... SEE FULL GALLERY

So, to mollify its OEM partners, Microsoft put a time limit on the free upgrade offer, and they simply don't speak of it now. The Windows marketing team continues to promote new models of Windows PCs, and the enterprise sales staff continues to sell volume licenses of Windows 10 Enterprise and Microsoft 365 subscriptions. Nobody talks about upgrades.

Frankly, at this point the only people who are still interested in a free upgrade are enthusiasts, home users, and very small businesses running hardware that's at least four years old. In some cases, these machines are being brought out of retirement and pressed into service for families that suddenly have multiple family members working at home or going to school remotely. Several of the reports I received specifically mention successfully upgrading PCs that date back to the very beginning of the Windows 7 era in 2009-2011.

The vast majority of Windows PCs sold in the past five years included Windows 10 licenses, and businesses who have stuck with Windows 7 have typically done so by exercising downgrade rights. They're free to install Windows 10 anytime, without having to jump through any hoops.

On PC's that were originally sold with older versions of Windows, Microsoft's calculus is pretty straightforward: It's in the company's best interests to see those old Windows versions replaced, both for support purposes and to improve the security of the Windows ecosystem. There's little or no profit in trying to sell upgrades to that market, and there's plenty of goodwill to reap by making those upgrades easy.

But is there a catch?

The second question is a little tougher. Is there a catch? In technical terms, no. A PC that is upgraded from Windows 7 or Windows 8.1 to Windows 10 in 2019 reports that it is activated and has a digital license for Windows 10.

Is that license legal? As I've said many times, I am not a lawyer, so I can't offer legal advice. But I have a lot of experience with Windows licensing, and it's literally inconceivable (and yes, that word means exactly what you think it means) that Microsoft would choose to enforce an ambiguous license agreement against its retail customers. They are, after all, prospects to subscribe to Microsoft 365, buy Xbox hardware and games, play Minecraft, and eventually buy a new Windows 10 PC from one of those aforementioned partners.

Also: 7 ways you can (maybe) get Microsoft Office 365 for free

And whatever pittance Microsoft's bean counters might be able to squeeze out of those upgrades wouldn't come close to balancing the very, very bad publicity that would come from sending threatening letters to retirees and mom-and-pop businesses that are trying to squeeze a few extra years of life out of their old hardware.

If you're running a business, of course, the calculation is different. Do you really want to be unsure about whether your business software assets are properly licensed? (Your accountant will tell you no.) But here too I'm convinced that there's roughly zero likelihood that the software police are going to haul any consumers or small business owners away because they decided to upgrade an old PC.

Ultimately, this all ties into the new Windows retail licensing model Microsoft introduced with Windows 10 in 2015. You only have to buy the license once, usually with a new PC, and after that all the upgrades are free, as long as the hardware allows it. That's the official policy with Windows 10, and it's clear that the unofficial policy includes older Windows versions too.

[This article was originally published in September 2019. It has been updated significantly and republished several times since then. The most recent update was on September 28, 2020.]