The global health crisis is forcing workers to stay at home, and it is the CIO's responsibility to enable a smooth transition.
Written by Daphne Leprince-Ringuet on April 8, 2020 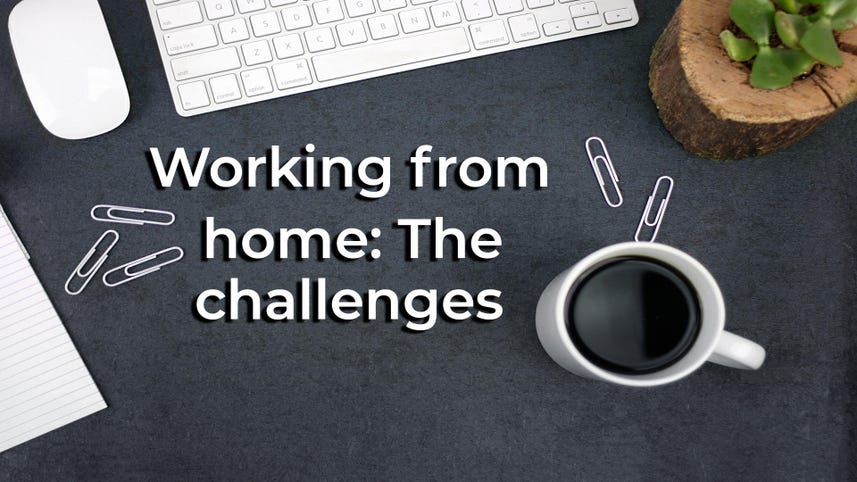 The future of work is no longer an abstract concept: what once seemed a distant prospect has abruptly turned into an everyday reality for many businesses, courtesy of the COVID-19 pandemic. With most employees now forced to carry out their jobs at home amid locked-down cities, companies across all industries are starting a new chapter – one called 'remote working for everyone'.

More prosaically, the imperative to switch entire workforces of organizations small and large to working from home, sometimes in a matter of days, has given some employees endless to-do lists and rather long hours. CIOs and their teams, who are responsible for leading their company's technology strategy, have been having a busy few weeks.

The CIO's role right now consists of making sure the technology architecture of their organization enables employees to keep working productively, even from their homes. In the current context, this has often meant setting up entire systems for remote working, even before a full lock-down made it impossible for colleagues to come into the office and ask the IT department for help with unforeseen issues.

In the UK, for instance, Leeds City Council got 11,500 office-based employees ready to work from home in the course of a weekend. The organization's digital services team had to get 7,000 laptops ready-to-go in just three days, before the full impact of the spread of COVID-19 began to hit home.

In the short-term, the greatest challenge for CIOs has been a technical one – to make sure that the tools for remote working were up and running for every worker. Setting up employees with a laptop is just one part of the answer; IT teams also have had to ensure that their colleagues could reliably use various other resources. Those include access to the most basic applications like email, to file sync and sharing, through remote desktop access and other suitable virtual desktop infrastructures.

Many CIOs found that they would have to boost bandwidth to make sure that their systems could cope with the sudden surge in external traffic as thousands of employees simultaneously login from their homes. Security concerns have also been high-up on the priority list, especially as malware attacks have proliferated amid the disruption caused by the pandemic. CIOs have had to allocate more budget spending to VPNs, end-point security or multi-factor authentication to support secure access.

All of this had to take place while managing surging IT support requests, often remotely, and to a tight deadline. Paul Chapman, the CIO of cloud content management company Box, who works with fellow CIOs on a daily basis, told ZDNet that the fast escalation of the situation caught many IT workers by surprise – him included.

Chapman explained that he had been discussing ways to switch to remote working with other technology leaders since the beginning of March, when he was already seeing the pandemic creep up. "We thought it would happen to some of our locations, but we believed we still had time," he said. "We were sort of testing our secure instant response, or taking parts of an office offline for a day to test it out.

"And then within 96 hours of that we had shut down pretty much every location in the world and been enforced into what we call the world's largest work-from-home experiment," he added.

Box had it relatively easy: as a company that was literally born in the cloud, and whose millennial workforce is largely digital-savvy, switching to remote working was a rather smooth process. Chapman said that "work-from-anywhere" was already the ethos he was working towards. This allowed the business to continue to operate almost as usual as the crisis gathered pace.

Similarly, the IT team at Leeds City Council was relieved to find that although a large number of laptops had to be delivered to employees, most of the organization's core infrastructure was already proven to enable homeworking.

"Some organizations are still really struggling," said Chapman, "especially if they had been slow to digitize certain processes, and environments have had to be changed quite radically."

SEE: Working from home: Getting your team ready for the switch

He takes the simple example of digital signatures. Digitizing the way employees sign paperwork might come across as a detail in normal times. But now that workers are stuck at home, applying an e-signature seems a lot more helpful than losing time printing, signing, scanning, and emailing back documents.

Certainly, not every CIO, however, was faced with the best-case scenario. "Some companies already had a work-from-home culture," Dan Bieler, principal analyst at consulting firm Forrester, told ZDNet. "People used to work from airports or from hotels, and now they are working from home. But others have a more traditional office culture, and for them it's been much tougher."

While some businesses had already started embracing digital working, many had remained tied to habits born in the physical office. For the more traditional enterprises, he said, the COVID-19 crisis would act as a "wake-up call", stressing the need to move on to a flexible model of work.

Martha Bennett, principal analyst at Forrester, echoed her colleague's statement. Bennett's contact number is a London-based office number – not because she is infringing lock-down rules and still commuting to work, but because Forrester's IT team moved all of the company's applications into the cloud. "I'm in Eton right now, but you'd be calling the same number, even if I was travelling," Bennett told ZDNet. "We're going to see a lot more effort towards this type of digitization, and operating effectively in the digital economy.

"At the moment, any organization that's got shortcomings or weak points in the ability to support remote working will come glaringly in the spotlight," she added. "In the future, those weak points will have to be addressed in advance." Looking forward, therefore, CIOs will have to balance their focus between daily operations and long-term resilience.

In the immediate future, however, CIOs' jobs don't stop once all of their colleagues are equipped with reliable and safe tools to work remotely. As important as it is to set up the technical requirements of digital working, IT leaders also need to foster a cultural change.

The sudden switch to remote working imposed by the COVID-19 crisis has transformed the way employees collaborate, especially within businesses that are less inclined to kiss the physical office goodbye. It isn't easy, for those accustomed to meeting with their colleagues in the flesh, to start communicating online. The first step that CIOs should take to facilitate the change is to make available relevant resources for video conferencing, phoning and team messaging.

"All CIOs are saying that they understand how much emphasis they need to place on keeping engaged as a team," said Bennett. "You've lost direct communication, so you need to keep that human element going with team calls and, if anything, even more team meetings."

Judging from the numbers, most companies have applied themselves to the job: video-conferencing application Zoom is skyrocketing in popularity, and recently reported that it had reached 200 million daily meeting participants in March, which compares to 10 million back in December. Box's CIO Chapman, for his part, said the number of weekly video meetings within the company has more than doubled to 9,000 since the first week of March, and that messaging is increasing by a quarter week over week.

Suzanne Adnams, VP analyst at research firm Gartner, told ZDNet: "Other than the obvious – procuring the correct tools, licenses and deploying these quickly across a broad workforce – there are social and cultural impacts. Teams used to working in a shared or close proximity environment manage activities, share work and exchange information very differently compared to remote workers."

Switching to remote working, she continued, means that managers and team leaders have to quickly develop new ways of interacting, motivating and engaging workers. Especially so as a global health crisis develops. Some employees could be isolating with kids to keep busy, or an ill relative; or even suffering from being all by themselves. "So don't forget to cut your employees some slack when they are under stress," said Forrester's Bennett. Enabling communication within teams that is both effective and compassionate has become, therefore, one of the CIO's key responsibilities.

In addition to professional meetings, Box's Chapman mentioned the now almost-universal virtual happy hours on Zoom, as well as Slack channels with work-from-home hacks, or threads where employees share pictures of their lunch. The cloud company even organized an online cooking class delivered by a chef live streaming from his home. "People are finding ways to be creative and stay connected," he said. Box has also deployed a portal to relay important information related to the pandemic, and tips to help workers stay mentally healthy. "There are still a lot of people in our employee base who live alone," he said. "We are trying to pay extra attention to them, and make sure we are checking in more regularly with those workers."

SEE: Coronavirus: 'We got 10,000 staff remote working from home - in one weekend'

Although the current crisis is keeping many workers on edge, it is worth noting that employees are also starting to see the benefits of remote working. Forrester's Bieler reported "overall positive feedback" from organizations whose teams are enjoying the flexibility of working from their homes.

Gartner's Suzanne Adnams, for her part, noted that some CIOs are even seeing increased productivity and engagement from employees who are finding flexible working more fitting. "In a call I had this week, one of the team leaders reported that her usually very introverted and reserved team had made the transition to work-from-home quite well," she said. "For an introvert, it might be that working remotely provides the safe space and distance that they need to really focus on productivity."

Adnams argued that this might be an opportunity to tap into new work patterns and change the dynamics of the team to become a more agile organization. And it is already looking like the human element of such change is falling under the responsibility of CIOs. IT leaders, it would seem, could increasingly find themselves working hand-in-hand with human resources.

What's certain for now is that, even with kids Zoom-bombing a C-suite meeting, or getting a glimpse of your webinar presenter's pyjamas, working from home is not likely to be a thing of the past anytime soon – and will certainly not come to an end when the COVID-19 crisis settles.