This is the most repairable smartphone you can buy

Worried you might drop your phone? This one you could probably fix yourself
Written by Steve Ranger, Global News Director on Sept. 12, 2019 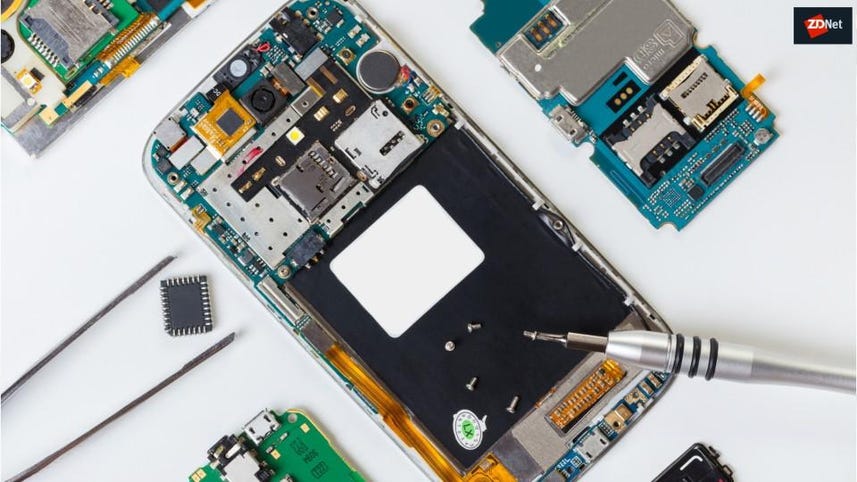 As smartphone makers try to cram more components into as small a space as possible, many devices are almost impossible to repair when something goes wrong, thanks to glue and interconnected components that make them uneconomical to fix.

But one phone aims to make itself as repairable as possible: iFixit has awarded the Fairphone 3 a perfect 10 out of 10 for repairability, praising the way that key components like the battery and screen are accessible, either without tools or just a regular Phillips screwdriver.

A device with a perfect iFixit score should be cheap to repair because it is easy to disassemble and has a service manual available. Points are docked based on the difficulty of opening the device, and the complexity involved in replacing major components. Points are given for upgradability, use of non-proprietary tools for servicing, and component modularity, iFixit said.

iFixit said the Fairphone 3 handset also features visual cues inside the phone, which help with disassembling and replacing its parts and modules. "Replacing complete modules is very easy. Going for their internal parts is also possible and requires a Torx screwdriver," notes the review, and replacement guides and spare parts are available via the manufacturer's website.

It does note, however, that while most components inside the modules are individually replaceable, some are soldered on.

In some respects none of this should be a surprise – Amsterdam-based Fairphone was set up to develop more sustainable and 'fairer' smartphones. That includes responsible sourcing of materials and pushing for workers' welfare, as well as making devices repairable and recyclable. Over 100,000 have been sold, tiny compared to the flagship phones, but also demonstrating that an alternative vision of smartphone manufacture is possible.

It's obvious but often overlooked in the race to buy shiny new gadgets, but if you can repair a device you don't have to buy a new one, which saves you money and means less pressure on the environment. That's especially important as electronics contain rare elements which can be expensive and difficult to source.

Mining of these elements can often take place in dangerous conditions and can fuel conflict. Fairphone started out as a campaign to draw attention to the use of conflict minerals in consumer electronics.

Sure, some of the slogans you'll find on the device – like 'Change is in your hands' on the phone or 'Change is possible. It starts with people like you' on the inside might seem a bit preachy, but the reality is that most of us are willing to ignore the complicated supply chain and economics behind our hardware.

The Fairphone 3 is only the second phone to get a perfect score from iFixit, the other being the Fairphone 2 from 2015.

In contrast, the Samsung Note 10 Plus 5G scored a three, with the note "Replacing the glued-down battery is tougher than ever, especially with board interconnect cables to work around." The Huawei Mate 20 X 5G scored a four, with a warning that "Glued-down front and back glass means greater risk of breakage, while making all repairs difficult to start" and the iPhone XR (the model most recently reviewed) managed a six, together with the summary: "A broken display can be replaced with minimal hardware removal, and with a little care you can preserve Face ID".

Apple was keen to make sustainability part of its pitch for the new iPhone 11 – but it's clear that for most handset makers there is a long way to go.

Smartphones
Foldable phones might be the next big thing: Here's what you need to know