Forget "the revolution." Adoption of robots will only happen when startups team up with legacy heavyweights.
Written by Greg Nichols, Contributor on Dec. 22, 2017 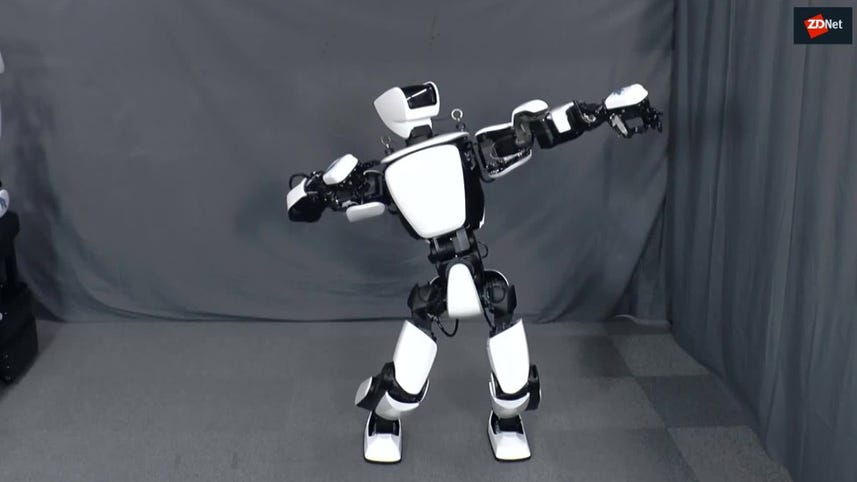 One is a small robotic snake, useful for industrial tasks such as pipeline inspection or for first responders conducting search & rescue or tactical response operations. Another is a hulking two-armed tele-operated robot that can be used for heavy construction or in nuclear power plants. The third is an exoskeleton suit that allows workers to nimbly perform the functions of a forklift.

TechRepublic: Girl Scouts to train next generation of cybersecurity, AI, and robotics professionals

The technology is cool and worthy of the recent spate of coverage. But the really impressive thing about Sarcos is that its executive team seems to have figured out something that's eluded countless other robotics developers: A bomb-proof go-to-market strategy.

Let me explain: We all know robots can do incredible things (see: the Atlas backflipping robot that broke the internet.)

But right now, development is far outpacing adoption. The examples are seemingly endless: self-driving cars, robotic personal assistants, automated chefs for fast food, exoskeletons for rehabilitation and mobility, telepresence robots. All have reached a level of early-stage technological maturity in the past few years -- they're good enough to take to market -- and yet all remain tantalizingly out of reach for most potential end-users.

Some of the roadblocks are regulatory, others have to do with age-old challenges like high manufacturing costs, branding, inability to scale, or poor distribution networks.

That's led to a familiar narrative: People like me write about some extraordinarily cool new machine, and readers like you know full well you're not likely to encounter it in the wild -- at least not today or tomorrow.

Sarcos looks like it's about to disrupt that narrative, and potentially serve as a model for robotics companies that want to get enough exit velocity to escape startup-mode. In large part, that's because it's been around the block a few times.

The company isn't new. It was founded as a spin-off of the University of Utah in 1983, making it a dinosaur among robotics outfits. For most of its existence, Sarcos has been grant-supported. It's taken on projects like a robotic exoskeleton for the military, for which it received DARPA funding in the early 2000s, prosthetic limbs, and equipment to test NASA's space suits.

Mostly it's been a robotics research shop, and its engineers have delighted in taking on unusual challenges for anyone willing to fund applied science. Sarcos engineered the dancing fountain in front of the Bellagio in Las Vegas, as well as the animatronic dinosaurs for the Jurassic Park ride at Universal Studios.

Excellent work, to be sure. But perhaps lacking focus for a company hoping to scale.

In 2007, Sarcos was purchased by defense contractor Raytheon. It was an uncomfortable fit, and in 2015, Sarcos president Dr. Fraser Smith teamed up with tech entrepreneur Ben Wolff, Sarcos' current CEO, to buy the company.

At that point, Sarcos was in danger of falling into a trap that's hampered many robotics companies: Tons of great technology and a suite of patents, but no customers.

But Wolff did something clever in his early funding rounds. He sat down with legacy companies in a handful of industries where Sarcos' patents would be most applicable. Namely, he courted Caterpillar, the leading manufacturer of heavy construction equipment, GE Ventures, which manufactures components used in power plants, Schlumberger Unlimited, the world's largest oilfield services company, and Microsoft, which is hungry for new applications for its AI and IoT offerings.

Those companies became investors in Sarcos, but Wolff and his team got much more than financial backing. Remember those hurdles to adoption many robotics companies are currently facing? Sarcos' new investors know how to leap right over those. They're a pack of prize jumpers, and Sarcos is sitting comfortably in the saddle.

Take regulatory hurdles. Sarcos has a number of patents relating to robotics controls. Sarcos' engineers created two robotic exoskeletons for industrial applications utilizing those patents, the Guardian XO and the "Big Arms" Guardian GT. Both are intuitive to use and designed to be driven by workers with a minimum of training.

But industrial workers are rightfully protected by a complex snarl of union regulations and workplace safety laws, which makes putting them inside immensely powerful robots tricky -- OSHA may well have something to say about that.

Navigating the red tape and convincing industrial customers to take on potential liability associated with unproven equipment could easily hamstring a robotics company out of the gate. But Caterpillar and Schlumberger have teams of people responsible for maintaining relationships with regulators and union officials. Sarcos now has the benefit of those relationships, to say nothing of the decades of accumulated wisdom of its new backers.

How about distribution? Sarcos' Big Arms robot -- literally two giant arms mounted on a mobile base -- is nimble enough to shut down a nuclear reactor. But creating a sales team to sell the robot to heavily-scrutinized utilities companies doesn't happen overnight. GE, another of Sarcos' new investors, already has those relationships, as well as an experienced sales team that knows its industrial customers' needs.

Also: Don't be alarmed, but you're probably using the term AI wrong

The same goes with Schlumberger's oil and gas customers, who are obvious adopters of Sarcos's small inspection robot, the Guardian S. Again, it comes down to relationships.

Sarcos recently invited me to a press event at their Salt Lake City headquarters to demo their new machines. There were a group of us journalists (full disclosure, the company put us up for the night), but the event had the feeling less of a product launch and more of a debutante's coming out gala.

After the event, I had a conversation with Ben Wolff, who gamely fielded questions about OSHA regulations, supply chain issues, and sales strategies. He was upbeat -- a guy who felt like the future was baked in for his company.

I've been in the same conversation with lots of robotics CEOs. Mostly the conversations get steered toward how great the company's technology is. But that's a trap. Great technology comes out of grad school labs. Great products -- the kind you might actually see in action in the next few years -- come from diligent study of the market and an honest reckoning with the challenges of putting brand new and potentially dangerous technology in the hands of end users.

Sarcos gets that. Startups hoping to bring about the long-awaited robot revolution should take note.