This 'unhackable' network uses the weird power of quantum physics 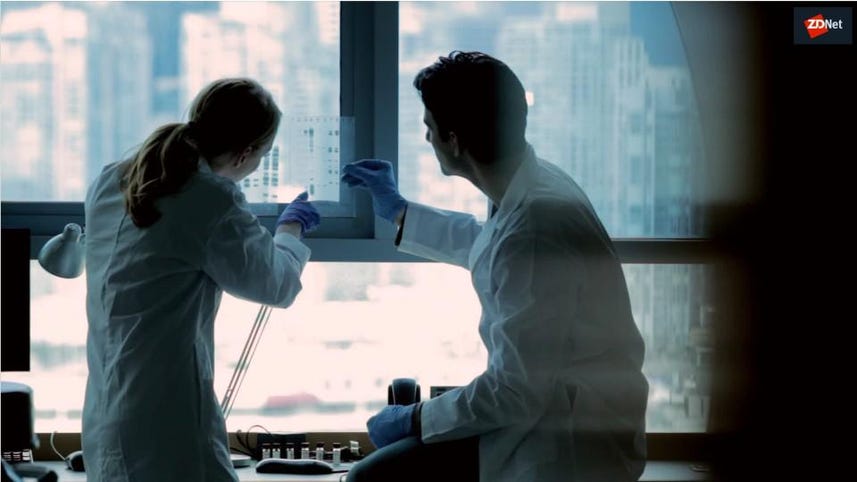 BT and Toshiba have deployed an 'unhackable' quantum network that uses streams of photons to encrypt sensitive communications.

A trial of the network, which is the first of its kind in the UK, will see data transmitted between two engineering facilities in Bristol using encryption keys streamed as 'encoded' particles of light.

The 6km network connecting the National Composites Centre (NCC) and the Centre for Modelling and Simulation (CFMS) will use Toshiba's Quantum Key Distribution (QKD) to secure data traffic sent between the two sites via BT's Openreach fiber infrastructure.

QKD is used to distribute secret digital keys, which can be used along with an encryption algorithm to either encrypt or authenticate encoded information.

The technology solution developed by BT and Toshiba allows both the quantum keys and network data to be transmitted within a stream of photons along the same fiber cable, using a technique called multiplexing.

Eventually, the technology could allow quantum-encrypted data to be sent across distances of up to 120km, potentially spanning cities and other metropolitan areas.

NCC will use the quantum-secure link to demonstrate the potential for the offsite control of factories using 5G, while CFMS is hoping to better understand how encryption techniques can secure data used within AI and digital-twin applications.

The announcement marks the first deployment of QKD in the UK. However, Toshiba has been running trials of its technology in both Japan and the US, where QKD is being used to secure sensitive information for healthcare and financial services organizations.

In QKD, each bit of the key is encoded onto a single photon. Quantum theory dictates that, if anyone tries to read the encoded state of a single photon, it is immediately altered. This - in theory at least - makes it QKD almost unhackable.

"It gives us a way to test for that type of eavesdropping on the optical fiber," Dr Andrew Shields, head of quantum technology at Toshiba Europe, told ZDNet.

"The laws of physics mean that if anyone gains any information about the encoded state, that inevitably changes the encoded state. So, eavesdropping can always be detected on the communications channel.

"It's a very strange idea – it's the act of reading something [that] actually changes the result."

At the same time, because QKD is based on the laws of physics and not mathematics, it cannot be broken by the powerful computers of tomorrow, said Shields.

"There's a concern at the minute that we'll have more powerful computers, and especially a quantum computer, that will be able to break a lot of the encryption we have today," he said.

"It will take some time before we have a large quantum computer, but if you have information that needs to remain confidential for several years, then it's important that it's encrypted today in a way that won't be broken in the future."

SEE: The UK is building its first commercial quantum computer

Previously, NCC and CFMS would have to load sensitive data onto physical storage devices and transport them back and forth between the two facilities.

Another novel element of the BT and Toshiba trial is that it uses a standard fiberoptic solution supplied by BT Openreach, with QKD installed on top of it. Multiplexing filters out digital noise caused by ordinary data signals and allows both quantum signals and conventional network data to be sent along the same cable, meaning no additional infrastructure is needed.

This could offer a cost-effective solution for telecoms operators hoping to introduce quantum cryptography to their networks, or for those looking to offer it as a service to privacy focused customers.

Professor Andrew Lord, head of optical technology at BT, said: "This first industrial deployment of a quantum-secure network in the UK is a significant milestone as we move towards a quantum-ready economy.

"The power of quantum computing offers unprecedented opportunity for UK industry, but this is an essential first step to ensure its power can be harnessed in the right way and without compromising security."