AI is one of the hottest sectors, with its technology promising to revolutionize and automate every industry imaginable. Venture Scanner has been covering this trend, showing a massive increase in AI startup funding. AI funding has more than tripled from 2016 to 2018. This phenomenon then begs the question: What caused this explosive growth in AI funding? There are three reasons.
Written by Vala Afshar, Contributing Writer on April 23, 2019 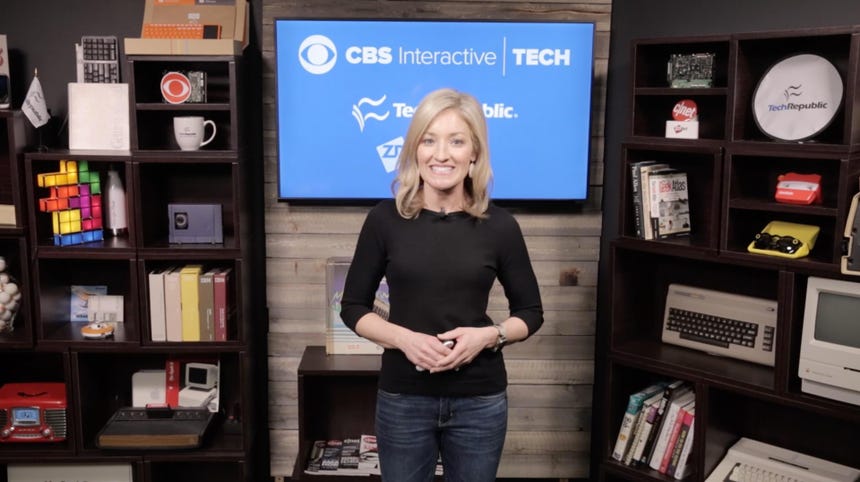 The adoption of artificial intelligence (AI) technologies in marketing organizations has increased by 44% in 2018, as compared to 2017. Use of AI by customer service teams is projected to increase by 143% over the next 18 months.

There are currently 2,487 companies that have raised $59.4 billion in funding from 3,400 investors in 72 countries across 13 AI technology categories, this according to Venture Scanner.

What is driving the growth in AI investments?

To learn more about what is feuling this incredible growth in AI startup investments, I reached out to Venture Scanner.

Nader Ghaffari is the co-founder and CEO of Venture Scanner, a technology powered analyst research firm covering the startup markets. I asked Ghaffari to share Venture Scanner's latest research about these three contributing factors behind the explosive growth of AI investments -- here are the findings:

This phenomenon then begs the question; What caused this explosive growth in AI funding? These are the contributing forces behind the growth. It can be attributed to three factors:

"Artificial Intelligence has gotten no shortage of headlines in recent years, with funding of startups in the sector more than tripling between 2016-2018. Our research team dug in and unpacked the three main contributing factors behind this explosive growth. First the rise of China, second the maturation of the AI sector, and third the dominance of machine learning and computer vision technologies," said Ghaffari.

US and China's Geopolitical Battle for AI Dominance

The first factor contributing to the staggering AI funding jump is the geopolitical battle for AI dominance between the US and China. A plethora of news outlets, such as the Wall Street Journal and Forbes, are reporting on the technology battles between the US and China, especially around AI. Experts in those articles have echoed the sentiment that AI is expected to power the development of future business and national security strategies. Many also voiced the opinion that China may supplant the US as a technology leader as it makes significant headway in AI.

The data from our AI dynamic report reinforces the opinions expressed in the above publications. As you can see in the chart below, the lion's share of AI startup funding is happening in the US and China, with China overtaking the US in 2018. The US jumped from $3 billion in 2016 to almost $8 billion in 2018, while China demonstrated even stronger growth, increasing eight-fold from $1 billion in 2016 to over $8 billion in 2018.

It's also noteworthy that China's AI funding in 2018 comprised 44% of the entire world's AI funding, whereas the US's AI funding comprised 41%. Clearly these two geographies are driving the AI revolution, with China now in the lead.

We should note a risk factor around the above conclusion. Some news outlets are reporting that 50% to 80% of Chinese companies exaggerate their funding by a factor of 2 to 10 to attract further investments and intimidate competition. While the accuracy of such claims was not further verified, they would certainly encourage us to treat the above conclusion regarding the US-China AI battle with some level of caution and scrutiny.

The second contributing factor is the gradual maturation of the AI sector as funding events move to later stages. As demonstrated in the graph below, AI seed financing decreased from almost 70% of funding events in 2013 to below 30% in 2018. In contrast, Series B to Late Stage financing in AI have steadily increased from 15% of total funding events to 35%.

This continuous rise in mid to late-stage funding events indicates that the sector is maturing over time. More mature companies require larger funding amounts, which is consistent with the growth in overall funding that we are witnessing. Thus, the explosive funding increase from 2016 to 2018 can be partially explained by the AI sector's gradual emergence as an established cornerstone in the modern technology landscape.

Venture Scanner organizes chaotic startup landscapes into understandable groupings. For AI, we have broken the sector down into 13 categories. These categories are defined by a specific technology function, such as Machine Learning or Natural Language Processing. Analyzing the AI categories has revealed the third contributing factor, that a small set of AI functional categories are behind the explosive growth seen in the above charts.

Machine learning platform companies build algorithms that operate based on their learnings from existing data, while machine learning application companies apply these self-learning algorithms to optimize specific business operations. By the same token, computer vision platform companies build technology that analyzes images to derive information and recognize objects, while computer vision application companies utilize this image processing technology in vertically specific use cases.
The fact that ML-related categories and CV-related categories are fueling the AI funding growth is consistent with our analysis that the AI sector is maturing as a whole. As specific AI technologies like ML and CV advance, more venture funding is needed to accelerate their development and adoption.

In summary, the analysis concludes that the top three contributing factors for the funding growth in AI are the geopolitical battle between the US and China, the sector maturing with its funding moving to later stages, and certain AI technology categories gaining significant traction. To learn more about the complete artificial intelligence dynamic report, you can visit: venturescanner.com

This article was co-authored by Nader Gaffari, CEO and co-founder of Venture Scanner.

Plagues then and now: Blood, frogs and locusts are no match for the ravages of 2019