From mechanical to minimal, we compare the top options.

Keyboards. As old as the QWERTY design is -- and, no, it really wasn't designed that way to slow keystrokes so the strikers wouldn't jam -- keyboards drive modern life. Sure, we get Alexa to turn on our lights and Siri to play our tunes, but when we want to blog or rant or Slack or email, it's the keyboard that's front and center.

I'm about as far from a keyboard snob as there can be. If it has keys, I'll type on it. I don't care about the sound the keys make or whether or not the keyboard has colorful lights. I just need to type. I need to type a lot.

That said, I've recently received three keyboards that are kind of fun. Here are a few new devices that may make your fingertips smile.

Looks like a typewriter re-imagined, with a Steampunk mystique 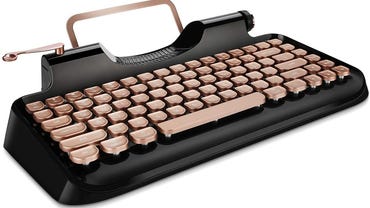 Okay, how cool is this thing? It's definitely a stand-out in terms of desk appeal. It does not, however, fully live up to its potential. It does have LEDs underneath the keys, but they don't backlight the keys all that well. The keyboard supports up to three Bluetooth devices and allows you to switch between them.

It has two tactile specialty controls, and this is where the opportunity has been left on the table. At the right of the keyboard is a wheel, which back in the paper days would have been used to roll your paper onto the platen. Now, rolling the wheel controls your speaker volume, while pushing it in controls muting. There is no other functionality to this wheel, so you can't repurpose it for a slider or a wheel controller for video editing, for example. It just controls volume.

The other bummer is the return bar. On an old-school mechanical typewriter, when you reached the end of the line, you'd lift your hand to hit the return bar, which would push the whole head of the typewriter back to the beginning so the next characters you typed would start at the beginning of a new line. With this keyboard, it just changes Bluetooth modes. Worse, if you hit it at the end of a line (because you're cool that way), it disconnects the keyboard. Talk about a missed opportunity!

All that said, it's staying on my desk for as long as I can put up with it. It's just that gorgeous, even if the bronze keys don't match the brushed nickel of all my Mac gear. 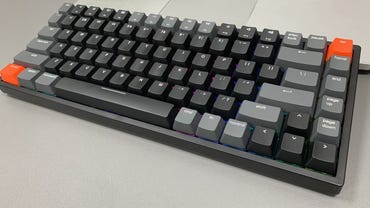 The Vissles-V1 is a compact wireless mechanical keyboard. For a lot of folks who like mechanical keyboards, this is one of only a few that are wireless. Even cooler, this keyboard will work with up to five devices -- the largest number of devices I've ever seen for a keyboard. If you run a rack of servers and want the K of a KVM, this can do it almost all on its own. Although you'd have to find a mouse that can switch between five devices (post to me in the comments if you know of one).

Better (I guess) is that the Vissles-V1 is all about the RGB lights. It offers 9 monochrome lighting modes and 19 dynamic backlights, because of course it does.

All that snark about RGB (which many people love) aside, the mechanical keys are very nice, it has a great feel, and there's something special about being able to jump between so many devices. 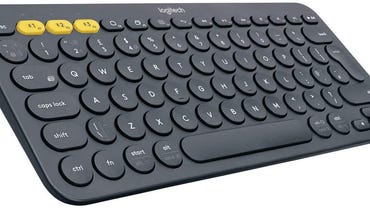 Also: Logitech Easy Switch: Switching mice and keyboards between computers is so un-KVM

The rounded keys take some getting used to from a style point of view, but they type just as fine as all the other Logitech keyboards you've used. I really like this style keyboard, and I've used other compact Logitech keyboards before, so this is definitely a go-to choice for a solid device without the extra bling. It's also a great price. At $30, this is definitely a workable keyboard for most people.

What about you? What are your favorite keyboard attributes? Do you like RGB and all those lights? Let us know in the comments below.