Management tips: Three ways to change how you lead in 2020

From inclusivity to collaboration and onto authenticity, it's time to create an alternative approach to IT leadership that supports staff development and business growth.
Written by Mark Samuels, Freelance Business Journalist on Jan. 14, 2020 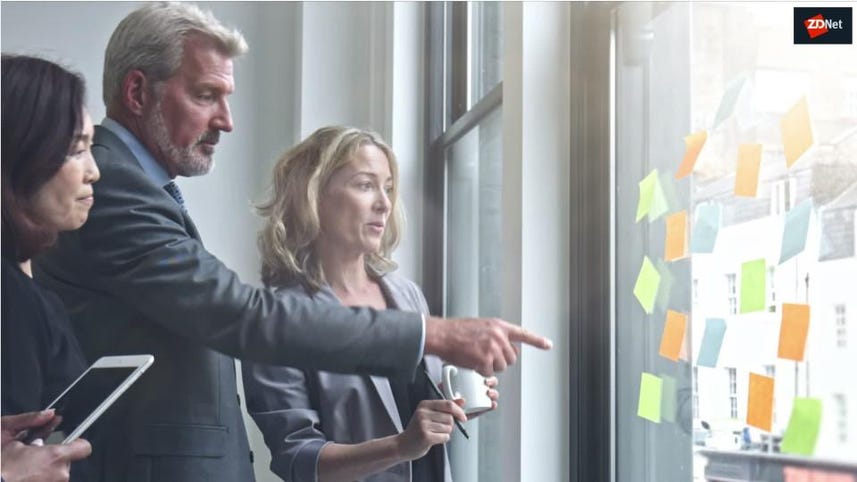 Nobody works in complete isolation; that means your success can depend as much on the people around you as it does on your own individual approach or talents.

That's as true for CIOs as it is for anyone else. So how can tech chiefs define a better approach to IT leadership in 2020? Here are three ways that CIOs can change their relationship with their colleagues and produce great results for the business.

1. Create an inclusive approach to leadership

Diversity rightly receives a lot of attention from CIOs and their c-suite peers. Business leaders like to talk about the importance of creating a diverse workforce. Yet, in many ways, progress in the workplace remains limited.

Evidence suggests less than 20% of IT professionals are women. About 18% of CIOs are female, with some sectors – such as the professional services sector, including public relations and consulting firms – having just 7% of senior IT leadership roles held by women.

Few black executives hold positions of power in business and senior executive roles still tend to be the preserve of experienced, white males. Take a look around your own organisation – who makes the decisions? Does the make-up of your senior team reflect the wider socio-demographic trends of the society within which we live?

Diversity needs to be more than just a box-ticking exercise. Creating a diverse leadership team creates positive role models for other professionals within the business. Your organisation benefits, too – a diverse range of backgrounds and perspectives in the boardroom creates diversity of thought.

Harvard Business Review suggests that to make diverse boards more effective, executive teams need a more egalitarian culture – one that elevates different voices, integrates contrasting insights, and welcomes conversations about diversity. If you want to do more than talk about diversity, you have to act to ensure you create an inclusive approach to leadership.

Lisa Emery, CIO at Royal Marsden NHS Foundation Trust, believes IT leaders need to do more. She says otherwise-excluded individuals need to be shown opportunities at the earliest possible opportunity, both in school and in the workplace. Emery is currently mentoring six women as next-generation IT leaders and feels it's her duty to encourage diversity.

"I've had great mentorship through the years from women and men, but there were some particular women that stand out – and I think there's an onus on me to pay it forward; you've had that help, how are you pulling other people up with you?" she says.

Much of the selling and implementing of IT systems relies on people jetting around the world to attend events or meet clients. Proponents of this approach suggest there's 'no substitute for pressing the flesh'.

Some experts have gone as far as to suggest that you might not be cut out for the role of CIO if you don't like to travel. CIOs can spend large amounts of time on the road if a company has multiple sites or businesses. This can mean long hours away from friends and family.

SEE: 10 signs you may not be cut out for a CIO job (TechRepublic)

But there is an alternative to being on the road (or in the air) – and it's being created by the IT industry that many people are travelling around the globe to support. Technological alternatives include video conferencing, collaboration tools and even phone calls.

Yes, it's annoying when a conference call drops out. But travelling around the world is time consuming and creates a vacuum in IT leadership – and it's also bad for the planet. So instead of always hitting the road, let's find ways of putting the technology that we buy to better use.

As well as the environmental benefit, there's a potential cultural benefit that comes from using collaborative technology to work smarter. While making new contacts is important, few boardroom execs or IT professionals want a CIO who spends more hours at IT conferences than time helping the business exploit digital transformation.

CIOs who spend more time proving their value are less likely to find themselves undermined by the newly appointed chief digital officer. And that focus on engagement will be crucial in 2020, as strategic CIOs spend a large proportion of their time having key discussions about digital opportunities and risks, says Neil Ward-Dutton, vice president at analyst IDC.

"In today's increasingly ecosystem-shaped business environments, creation and provision of technology and information resources is only going to become more dispersed and diverse," he says. "CIOs' strategic value here is as orchestrators of these resources inside and outside the enterprise."

3. Be authentic and support authenticity in others

Authenticity, suggests HBR, is the "gold standard" for IT leadership. An authentic CIO stays true to themselves and says honestly and directly what's on their mind. But authenticity is a tough trait to act out in a competitive business environment.

HBR gives the example of one leader who felt shaky about being promoted. As a proponent of transparent and collaborative leadership, she raised her concerns with her boss. The result? The board felt less confident in her abilities and she lost credibility.

Think of your own situation – how authentic do you believe you are? Would you be prepared to raise concerns with your boss? Even more importantly, how would you feel if those you manage bared their souls to you? Would you welcome their honesty or question their confidence and credibility?

Research from global tech recruiter Harvey Nash suggests tech bosses could do more to support their staff. One in five IT professionals are currently affected by mental health concerns. Unsupportive companies, meanwhile, are almost three times more likely to have people who are concerned about their mental health right now.

SEE: Burnout: How you and your boss can reduce the risk of overload

Working in IT is a high-stress activity, with concerns over long hours and tough-to-meet deadlines. Business leaders know more about these pressures than most, but they also have a duty to look after those in their care, says Albert Ellis, CEO at Harvey Nash.

"That's why businesses need to ensure they have support mechanisms in place – access to counselling for staff where needed, an open team culture where issues can be discussed, and supportive and emotionally aware line managers," he says.

Truly authentic IT leaders support authenticity in others; they listen to their concerns and they act upon them. As Ross Fullerton, CIO at London Ambulance Service, recognises, technology is a team sport and a supportive working environment is more likely to be a successful one.

"I'm one of a big team," he says. "None of this stuff gets done by me alone; it gets done by the people around me who make things happen. Helping them understand different perspectives, helping them lift their head up and then building their ability to engage with the rest of the organisation is crucial to our success."

Business
5 tips to help you land that dream tech job