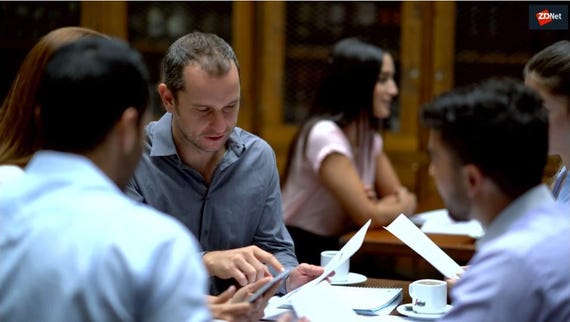 The technology industry isn't always such a great place to work, with the pressure to move ever faster leaving staff feeling over-worked and under-valued.

As many as half of tech professionals, more than 600,000, in the UK have been concerned at some time about their state of mental health due to work, according to the Harvey Nash Tech Survey. What's more, one in five IT workers are currently affected by mental health concerns.

Albert Ellis, CEO of global tech recruiter Harvey Nash, says burnout is very much a symptom of modern, 24/7 lives – particularly in the tech sector. "Burnout and broader mental health issues, such as depression and acute stress, are growing issues for companies," he says.

"This happens when work becomes the over-riding factor in a person's existence, where work tasks and objectives appear to dominate everything. At a simple level, it happens because modern connectivity means it can."

Harvey Nash's research suggests mental health and burnout worries are most likely to affect those who work very long hours (60-plus hours a week). Staff shortages resulting in a higher work burden is the most commonly cited reason for stress (by 38% of respondents). Also prevalent is always-on technology that doesn't allow individuals to switch off (22%).

If work does get tough, then it makes sense to take a breath and consider your options. That's as true for people at the very top of the IT profession as it is for those who are just starting out on their career journeys.

Bill Fawcett became CIO at Leeds and York NHS Partnership Foundation Trust in 2015 after a career in the private sector. While his current role still involves driving digital-led change, it has also allowed him to re-focus his priorities.

As an experienced CIO, Fawcett says quality of life is now crucial to him. Rather than jetting around the globe, he wanted a role where he could make a difference at the local level – and he advises other IT professionals to think hard about their priorities, too.

"You've got to understand your own limitations," he says. "If you get to Sunday night and you're dreading it – and you feel like each week is a hurdle, just getting to the end of it – then you're in the wrong place."

For some IT professionals, however, the pressure of work has a profound affect on their health before they are able to manage the consequences. In May, the World Health Organization (WHO) updated its definition of burnout, suggesting that: "It is a syndrome conceptualised as resulting from chronic workplace stress that has not been successfully managed."

The WHO says burnout is characterised by three dimensions: feelings of energy depletion or exhaustion; increased mental distance from one's job, or feelings of negativism or cynicism related to one's job; and reduced professional efficacy.

Ash Dey, who is founder of OpenMind Wellbeing, started his career in technology as an IT service manager, and then moved onto a service-management consultant role within infrastructure services. While Dey describes himself as easy-going and relaxed, he also recognises his in-built competitive nature and his desire to succeed.

"It was a good balance until I allowed the latter traits to dominate," says Dey. "I was – and still am – very career-focused and ambitious, which drove my change in attitude. The key problem was that I didn't leave any 'me time' to recharge physically, mentally and emotionally. I was always on the go."

As the promotions came, the workload increased and the pressure mounted. Day starting prioritising work over everything else. His daily exercising and yoga routines, which helped him to relax, became weekly and then more infrequent. Dey ignored warning signs, denied signs of anxiety and depression, and finally suffered from what he describes as mental and physical collapse.

Overcoming burnout is a long process; it isn't just a matter of going home and sleeping it off, says Dey. Awareness of yoga and meditation helped him to become more self-aware. He also developed a strong support community of friends. Crucially, Dey realised he could achieve more long term by slowing down.

"Our bodies already know the answers, we need to learn to listen to them more and not ignore the signs," he says. "By listening to your body and understanding how stress and anxiety can directly affect your unique health, physically, mentally and emotionally, you can then start to build the resilience you need to support prevention."

Like Dey, Amber Coster, who is founder of Balpro, an organisation that helps businesses balance revenue goals with employee wellbeing, has previously fought through her own burnout, which she describes as "all-consuming exhaustion".

Coster feels the phrase 'I'm feeling burnt out' has become overused, with people using it when they feel a bit frazzled. While people should always take time for rest and recuperation, burnout is something stronger – and Coster says it felt like her body and mind were transforming into a prison.

"I wasn't able to speak properly, I couldn't walk for more than 10 minutes down the road without having to stop," she says. "I had a constant headache, suppressed appetite, nausea, abdominal pains. In short, it was a period of time (six months) where I felt like I was simply surviving."

Coster associates her own burnout with working under extreme pressure for years, without taking any mental breaks. Therapy and medication helped her to recover. She also practised mindfulness, swimming, walking, Pilates and running. She advises others to find something that nourishes self and to join a community that brings nurturing connections.

"I worked really hard to overcome those dark days, but the hardest part for me was letting go and allowing time to heal," she says. "There's no one-size-fits-all treatment for burnout. I'm not sure if I will ever fully overcome it. The hangover may be something that I always live with, but I've developed my own toolkit to manage my health daily and as a result my world has never been bigger."

While burnout is complicated, finding solutions individually – as well as in workplace groups to alleviate stress and raise awareness – is important. It's here that CIOs can play a key role in helping their IT staff to achieve a work/life balance.

Lisa Emery, CIO at Royal Marsden NHS Foundation Trust, says IT chiefs must help end the always-on attitude. One of the things she does from a leadership perspective – and she says she absolutely holds herself to account on this, no matter how bad things get – is to not send emails outside working hours.

"So I'm not creating an atmosphere by which people think 'oh, well, I got an email from her at 10 o'clock, so I'd better reply'," says Emery. "There is something as a CIO about working and living to your own standards and trying to encourage the team to do that, too – and shielding them a bit from as much of that as you can for as long as you can."

Join Discussion for: Burnout: How you and your boss can reduce...