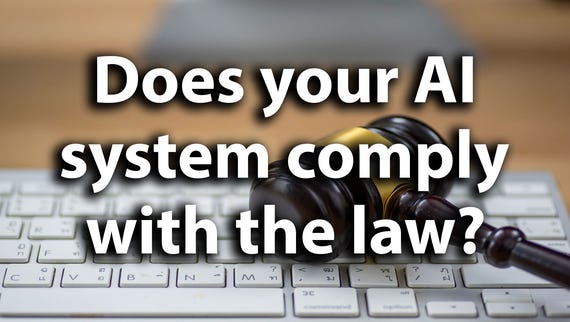 Does your AI system comply with the law?
Watch Now

Democrat and Republican lawmakers makers are backing a proposed 'TLDR Act' that aims to simplify overly complicated terms of service agreements on websites.

It also aims to force companies to reduce the burden on consumers of reading and agreeing to complicated statements regarding how their data will be used.

The Terms-of-service Labeling, Design, and Readability Act or the 'TLDR Act' would require websites to offer a summary statement of their terms of service (ToS). TLDR refers to the popular acronym 'too long, didn't read'.

That summary statement should be easy to understand, quick to read, and include any reportable data breaches that have been disclosed in the past three years. The TLDR version should include the statement's word count and estimated time to read, categories of sensitive information the website processes, and a summary of the legal liabilities of a user and waivers. Sensitive information includes health, biometric and location data.

The law would be enforced by state attorneys generals and the Federal Trade Commission.

The bipartisan bill is being proposed in both chambers with the Senate version introduced by Republican senator Bill Cassidy and Democrat senator Ben Ray Luján.

"For far too long, blanket terms of service agreements have forced consumers to either 'agree' to all of a company's conditions or lose access to a website or app entirely. No negotiation, no alternative, and no real choice," said Democrat Congresswoman Trahan, a key sponsor of the House of Representatives' version of the bill.

"Users should not have to comb through pages of legal jargon in a website's terms of services to know how their data will be used," said Cassidy.

"Requiring companies to provide an easy-to-understand summary of their terms should be mandatory and is long overdue."

"Consumers deserve the ability to make informed decisions online for themselves and their families," said senator Luján.

The European Commission forced Facebook to change its terms of services in 2019 in the wake of the Cambridge Analytica scandal to clarify that it makes money by selling targeted ads.