On the 50th anniversary of the Apollo lunar landing, a telling survey shows us how people feel about space travel then, now, and in the future.
Written by Greg Nichols, Contributing Writer on July 17, 2019 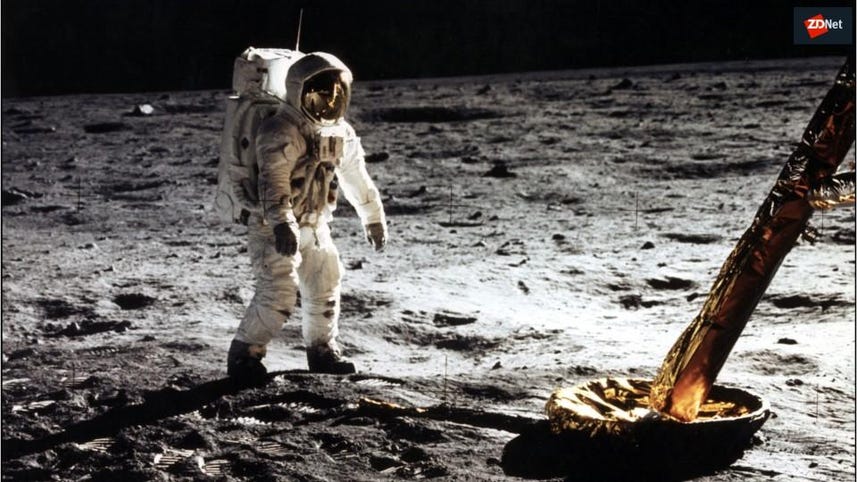 What technologies do we take for granted today that were first developed for lunar missions? How do people feel about climbing aboard hypothetical spaceships piloted by robots?

This Saturday, July 20, marks the 50th anniversary of the Apollo lunar landing, and to commemorate the milestone, the brainy folks at IEEE, a technical professional organization dedicated to advancing technology for the benefit of humanity, released results from a survey about attitudes toward space travel. Conducted earlier this year among 381 attendees at the 2019 Consumer Electronics Show in Las Vegas, the survey asked various questions designed to gauge how people feel about space travel and its impacts on the present and future.

The legacy of the Apollo missions was a big theme. For instance, of the innovations generated by Apollo that are still used today, the top 3 named by those surveyed were the solar panel (65%), the athletic shoe (40%), and the heart defibrillator (32%). The cordless vacuum was a close runner up.

In 1969, the idea of stepping aboard a rocket ship and blasting into space was unthinkable to most people. Fifty years later, the notion is much more appealing. Among the survey's findings, one top line is that respondents feel surprisingly comfortable with the idea of jumping on a spacecraft. Granted, the CES crowd surveyed is probably a lot more technology-embracing than the general population, but it's notable that more than half (53%) of respondents are interested in traveling to space aboard a spacecraft.

Eye-opening for this robotics reporter, an overwhelming majority (79%) said they would feel safe if a human-looking robot were piloting that spacecraft.

Of course, technology has changed a lot in 50 years. While the Apollo 11 mission relied on four computers considered to be decades ahead of their time, that 1960s technology has been eclipsed many times over. It's become a common chestnut that the phone in your pocket has vastly more computing power than was available to Commander Neil Armstrong and company.

And just how will we use that technology once in space? To chat, of course. Given the opportunity, 56% of respondents would video chat with a spouse from the moon. A paltry 8% would reach out to dad. I'm sure my space kids would be in the minority.

For more on the legacy of the Apollo program and its tech legacy, IEEE Transmitter has created a great resource.