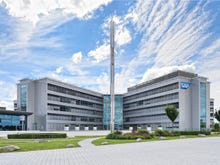 The local company has a 35 percent market share, followed by SAP with a 31 percent share and Oracle, who has 15 percent of the ERP business in Brazil.

The numbers emerged in the 29th edition of an IT market study carried out by Brazilian business school Fundação Getúlio Vargas, which covered 8,000 large and medium-sized businesses across the country.

When breaking down the market presence by the size of user organizations, Totvs is the leader within small companies with up to 170 licenses, with 50 percent market share.

Within the medium-sized segment, between 170-700 users, the Brazilian company also leads, with 35 percent, closely followed by SAP.

Larger enterprises, however, prefer SAP. Here, in the companies with 700 users and more, the German software giant leads in Brazil, with 50 percent market share. In this bracket, Totvs comes second with 20 percent of the market while Oracle holds 18 percent.

Together, the three companies hold 81 percent of the ERP market in Brazil.

The study also covers analytics, including systems that support decision making such as business intelligence and customer relationship management (CRM).

In this segment, SAP leads, with 26 percent of the market, followed by Oracle with 19 percent and Totvs with 13 percent. Other players mentioned in the study with smaller percentages are Microsoft, IBM and Qlik.