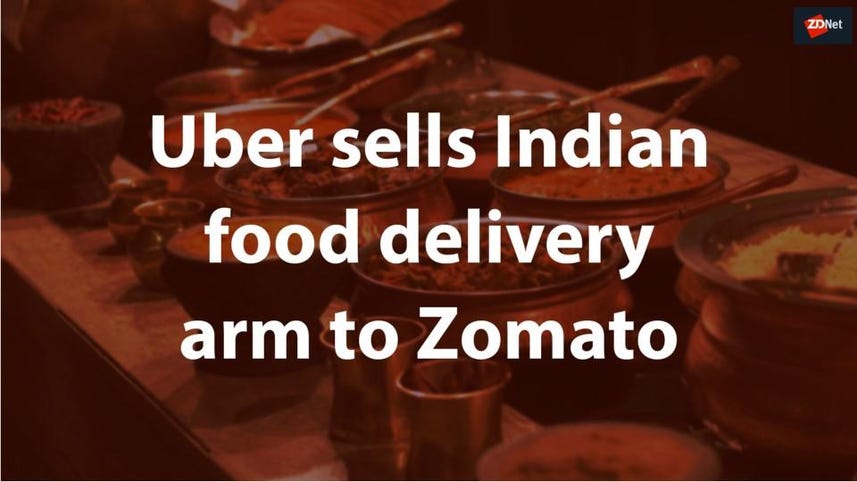 Uber agreed on Tuesday to sell its food delivery arm in India to Zomato.

As part of the deal to let Uber Eats India go, Uber will receive a near 10% stake in the local company, the companies said in a joint statement. UberEats' fleet of delivery drivers as well as basic information about its customers, including phone numbers and order history, will be passed onto Zomato, the companies added.

Since the announcement, UberEats in India has discontinued its operations and is directing restaurants, delivery partners, and users of the UberEats app to the Zomato platform.

"We are proud to have pioneered restaurant discovery and to have created a leading food delivery business across more than 500 cities in India. This acquisition significantly strengthens our position in the category," said Deepinder Goyal, Zomato founder and CEO.

Uber will still have a presence in India through its ride-sharing services, with the company saying that the country remains "an exceptionally important market" for its ride-sharing business and would continue to receive investment.

According to local reports, Uber Eats exited India as it struggled to sign up restaurants, diners, and delivery agents and had a "cash burn of $20 million per month".

Previously, Uber sold its businesses in China and Southeast Asia to local players Didi Chuxing and Grab, and in September, announced that it would be pulling its Uber Eats business out of South Korea, where the company faced stiff competition from local start-ups.

In the Asia-Pacific region, Uber Eats will now only have a presence in Australia, Japan, Hong Kong, New Zealand, and Taiwan.

Uber: We under-invested in technology

The ride-sharing service was focused on adding people quickly to its platform that its business suffered.

CES 2020: Uber and Hyundai's new flying taxi? I give it one star

CES sees the unveiling of a joint effort from Hyundai and Uber to ferry people through the skies. It will take a leap of faith.

Uber discloses over 3,000 sexual assaults arose from US rides in 2018

In its first safety report, the ride-sharing company provides figures for the fatal crashes, murders, and sexual assaults that occurred through its platform.

Uber 'not fit' to hold license in London, loses right to operate - again

TfL says a "pattern of failures" has led to Uber's license being revoked.