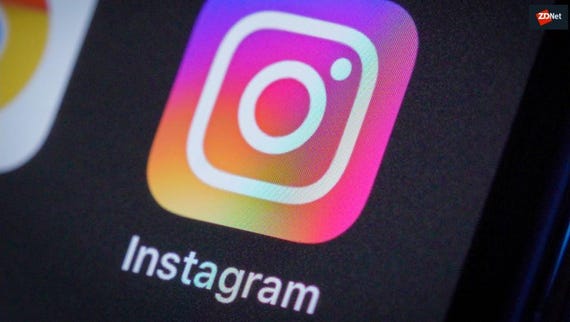 The United Kingdom's competition regulator has placed a question mark over the future of Giphy as a Mark Zuckerberg company.

The Competition and Markets Authority (CMA) on Thursday said it provisionally found Facebook's merger with Giphy harmed competition between social media platforms and removed a potential challenger in the display advertising market.

If the CMA's concerns are confirmed, Facebook could be required to unwind the deal and sell Giphy off.

Facebook scooped up the GIF giant in May 2020, with the deal estimated to be worth around $400 million.

But the CMA believes the takeover would negatively impact competition between social media platforms.

"Millions of posts every day on social media sites now include a GIF. Any reduction in the choice or quality of these GIFs could significantly affect how people use these sites and whether or not they switch to a different platform, such as Facebook," the CMA wrote.

"As most major social media sites that compete with Facebook use Giphy GIFs, and there is only one other large provider of GIFs -- Google's Tenor -- these platforms have very little choice."

The CMA provisionally found that Facebook's ownership of Giphy could lead it to deny other platforms access to its GIFs.

"Such actions could increase Facebook's market power, which is already significant."

The watchdog also raised concerns over advertising, noting that prior to the acquisition, Giphy had the potential to compete with Facebook.

According to the CMA, Giphy was considering expanding its advertising services to other countries, including the UK, prior to the deal. The CMA argued this would have brought a new player into the advertising market and a potential challenger to Facebook.

"It would also have encouraged greater innovation from others in the market, including social media sites and advertisers," it said. "However, Facebook terminated Giphy's paid advertising partnerships following the deal, meaning an important source of potential competition has been lost."

The Australian Competition and Consumer Commission (ACCC) is looking into the deal too.

"We are considering questions such as whether they have the ability to give themselves advantages by favouring their own products, or whether these acquisitions are raising barriers to entry for other competitors," ACCC chair Rod Sims said in August of the Facebook-Giphy and Google-Fitbit deals.

"The combination of Facebook's and Giphy's huge datasets certainly increases Facebook's reach in online advertising which is a concern in itself but we are also interested in examining how it will impact the competition in their respective markets."

Sims said Facebook did not notify any competition authorities about the acquisition before its completion.

Meanwhile in the United States, the FTC in September confirmed [PDF] it too was looking into the deal, with an enforcement case "on the go".

The CMA said it is engaged with other agencies that are also probing the merger.

Join Discussion for: UK regulator could force Facebook to sell...