By Charlie Osborne for Between the Lines | April 3, 2018 | Topic: Innovation 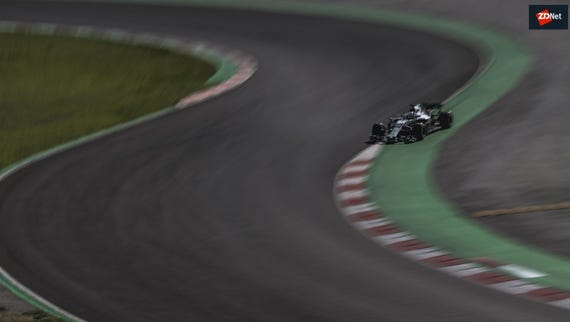 The world of self-driving and autonomous vehicle research is in an uproar.

Driver-assistance technology has the potential to keep us safer on the road. Google's self-driving fleet, currently in the test stage, have driven millions of miles with few accidents -- and while they still exist, are few in comparison to human counterparts.

However, in the same breath, Uber's tests in Arizona have proven fatal to a pedestrian, which has led to a halt in the ride-hailing service's research and a settlement out of court.

As regulators worldwide now reconsider whether self-driving vehicles are ready for tests in today's cities, elements of the technology are being applied in other areas -- such as the racetrack.

On Tuesday, Autotalks and Israeli startup Griiip revealed research into how Vehicle to Everything (V2X) and Vehicle to Vehicle (V2V) communication chipsets are making inroads in motorsports.

The companies have developed a single seater racing car with Autotalks CRATON2 chipsets, designed to "eliminate a significant number of race car accidents and casualties in professional and amateur racing."

This international standard allows for the vehicles to communicate automatically and wirelessly by transmitting their GPS location, heading, speed, braking, and other relevant parameters.

Armed with this information, the chipsets can "take action or warn the driver about hazardous situations," according to the executive.

"This communication sensor enables the driver to "see what it does not see", that is bringing an information layer about objects and people which is beyond the line-of-sight of the driver," Sulkes added.

If a driver should lose control of their racing car or stop in a dangerous area ripe for collision, the communication system will automatically detect the hazard and issue an alert.

The companies introduced a buzzer into the demo car, in addition to a yellow light which flashes with increased intensity as the racer comes closer to danger.

The system will act within a range of 500 meters and may reach up to 1km.

The technology was demonstrated on 15 March in a motorsport park in Beer-Sheva, Israel.

See also: Formula 1: How sensor technology is changing the race

This is not the first example of next-generation technologies entering the field of traditional motorsports. Formula One racing has a new Formula E split which involves the racing of electric vehicles, but on its own, also has a range of digitization projects.

Aston Martin Red Bull Racing, Mercedes-AMG Petronas, and Scuderia Ferrari are only some of the racing teams which are exploring how sensors, connectivity, servers, mapping, and more can help them gain a competitive edge.

By Charlie Osborne for Between the Lines | April 3, 2018 | Topic: Innovation