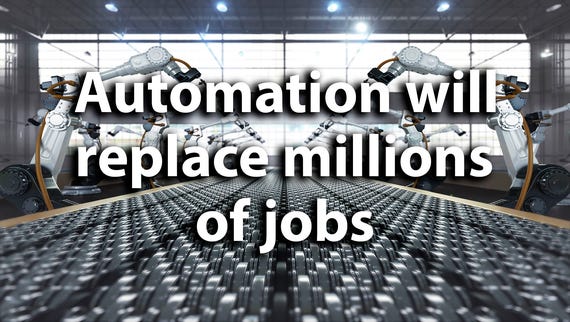 Automation will replace millions of jobs. Is yours at risk?
Watch Now

Great ideas can sprout from anywhere, which is why listening to all kinds of people – whether they're inside your company or outside – is critical to success.

Harvard Business Review says you won't find a course on listening at many business schools, but it's an essential skill for IT and business professionals who want to counteract the multiple forces that can lull them into believing they know everything about what's happening already and what's likely to come next.

To stop becoming trapped in what HBR refers to as "information bubbles", workers at all levels must make sure they're open to new ideas and the concerns of people they collaborate with. Here's four ways to make sure you're always receptive to new ideas.

1.  Make time to understand where others are coming from

Milena Nikolic, CTO at transport specialist Trainline, says the key to being an effective listener is making sure you have time for people – and that's not always straightforward.

"It's easy to get entangled in day-to day issues because there is always way too much work for all of us to do," she says. "It's just so easy to always think you're too busy to meet with someone or to hear what people have to say or to just have a regular sync up with someone a couple of levels down."

However, Nikolic says people must make time in their diary for these kinds of listening sessions. As a business leader, she says it's important to catch up once every quarter to check the pulse and see how things are going: "I genuinely believe in the importance of making time for things like that."

Nikolic says another critical factor to being able to listen effectively is having empathy. She says everyone should make sure they give space to people and try to understand where they're coming from.

"When you approach it that way, no perspective sounds silly – no idea sounds stupid," she says. "You might find that someone doesn't quite have the right context or the same context as you do. But ultimately, I think approaching it from that place of empathy – and really giving people enough time to share their perspectives freely – is what helps me build my perspective."

2. Stay attentive to the suggestions of people who are further away

Adam Miller, group head of IT at insurance company Markerstudy Group, says the changing nature of work is creating new complications for all kinds of employees.

It's harder to make sure you're listening when people are based in remote locations rather than sitting a few desks away in an office. Effective managers ensure they have an organisational structure that allows people to feel like they have someone to talk with and that their concerns are always being heard, regardless of where they're based.

Miller says successful IT and business professionals are open and approachable. People from all levels of the organisation address him directly with their concerns, and it's something he appreciates and encourages.

"I like that because it shows that someone feels confident enough that they can just come and talk directly to me about something where they feel there's an issue," says Miller. "So, I feel like we have a nice balance where I can feel what's going on, and then respond to concerns as we're picking those up."

3. Make sure you always listen down and across

No matter how high you climb the career ladder, Lisa Valentino, executive vice president for client and brand solutions at Disney Advertising Sales, says the key to having an open ear is listening downwards.

"I think people at my level in major companies forget to listen down because there's so much ambition to go up," she says. "But I'm on a listening tour now and that where's the best ideas often come from. The biggest realities – good, better and different – are down and across, and you have got to make space for that."

Valentino spent the first nine years of her career as one of the first employees at tech firm Yahoo. The role gave her a front-row seat on how to make the most of data and technology in business, which she says often involves "listening and making sure you shut up" when others speak.

Effective listeners, says Valentino, recognise that their talented colleagues are crucial to the organisation being able to generate game-changing ideas. Managers must make sure they create the conditions for people to contribute their suggestions.

"We move fast and the only way we're successful is if we have people that are at the top of their game, that are connected to the vision, and that are motivated by the vision – and, if you can do that, it brings a lot of diverse thinking to the table," she says.

4. Help foster a diverse culture where everyone has an open ear

Craig York, CTO at Milton Keynes University Hospital, believes the key to staying open to alternative views is knowing when to be quiet.

"Just start with listening," he says. "Don't over-talk; don't put your ideas first. Really take the time to sit down and listen. Even if you think it's a small thing and you might want to disregard it. If it's important to someone, it's an important issue. If it's bothering them, and it's taking up time from their day, it's important."

York says people who climb the management ladder should also make sure their staff take on a similar attitude. An ability to listen should be something that the whole team excels in, not just those at the top of the organisational hierarchy.

"It's not just about me listening – my team are a reflection of my leadership as well," he says. "So, we try and make sure that we have the right culture within the team – an open and listening and diverse culture that reflects our staff and our population. We want to get those important messages back to us and then prioritise them."

Join Discussion for: Want to get ahead at work? Try using this...